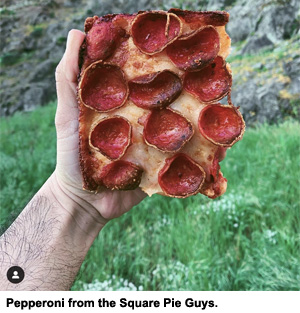 Small businesses are under immense pressure during lockdown.

“This is a scary time on every level, both personally and professionally,” said Brook, whose business survived Hurricane Katrina in 2005. “But I’m staying hopeful, determined, optimistic – and I’m also making plans.”

At least 2% of small businesses in the United States – around 100,000 – have been forced to permanently shut their doors since the pandemic took hold in March, according to a recent study.

That number will rise.

But those that can hold on are showing pluck and creativity in the way they market, distribute and do business.

“We’re trying to figure out a lot of things at once,” said Marc Schechter, chef and partner at Square Pie Guys, a fast-casual pizza joint in San Francisco. “Luckily for us, at least, people still really like pizza.”

Social media is an essential part of the marketing mix for millions of small businesses, especially during lockdown. But a lot of that activity is organic.

Facebook, for example, says that more than 90 million small and medium-sized businesses use its platform, but the majority rely on free tools and services, rather than advertising, to promote themselves.

Although Schechter recently started playing around with Google and Facebook ads and adding Google tags and Facebook pixels to track activity on the Square Pie Guys website, Instagram imagery is what brings in the most engagement. “We create some of the items on our menu with an eye to how they’ll look on Instagram,” he said. 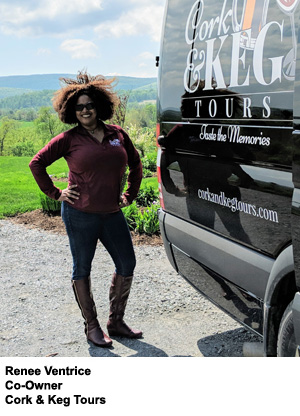 When the crisis first hit in March, Square Pie Guys used Instagram story highlights to keep customers in the loop on its modified ordering process. But Schechter also continued to post appetizing pizza photos to Instagram on a near-daily basis. “People are stuck at home on their phones and they consume with their eyes,” he said. “I can’t stress the importance of photos enough.”

Renee Ventrice, co-owner of Cork & Keg Tours, a family-owned winery and brewery tour company based in Virginia, is also lukewarm on paid advertising. And that’s because she’s realistic about what it can do.

“When you’re in business, you play the long game,” Ventrice said. “You don’t put $15 on a Facebook ad and suddenly get 10 bookings. It’s a matter of establishing your presence.”

The most recent ad she bought was to promote her wine podcast on Facebook. It was relatively cheap and she was able to create target audiences based on interest, age and location. Lots of people clicked, although few have signed up so far. “I think the listeners will come,” she said. “Now is about spreading the word.”

Mostly, though, Ventrice has been doing everything but paid advertising. There was no point in driving demand in March, April or May when the local wineries and brew houses weren’t open for business. Instead, she focused on what she calls “fun, ancillary things to keep my face popping up in people’s feeds.”

She hosts a weekly live wine tasting/karaoke session on Facebook Live called “Cork & Karaoke” to raise funds for hospitality workers and namecheck local businesses in the community. Nearly 6,000 people have tuned in to some of her streams.

As of now, the tentative plan is to reopen on July 5. Restrictions started to lift for Virginia area wineries in May, and Ventrice is waiting for them to work out the kinks before opening her own doors. In the meantime, she’s launching a new website and working on adding karaoke packages as a tour option.

Dessert Gallery also has its eye on reopening its dining room in a few weeks with all the usual precautions, including temperature taking, sanitizing the cafe, masks for everyone and socially distanced seating. 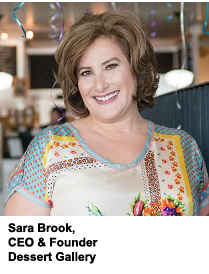 But for now, online sales are through the roof, both through Dessert Gallery’s own website and third-party delivery apps, including UberEats and Grubhub. Brook has been using the downtime before reopening to upgrade all of her systems, including a new POS and middleware that will enable direct delivery and real-time online ordering.

“We’re working on our technology so that we can come out of this jamming,” she said.

As a whole, the small business sector has been surprisingly more resilient than expected thanks to its wide embrace of digital technology, noted Brian Wieser, global president of business intelligence at GroupM, during a webinar on Thursday announcing the IAB/PwC COVID-19 ad spend impact report.

“In the fight for survival, they’ve moved their presences online [and] allocated more resources online,” he said. “It’s restricting or limiting the decline we otherwise would have seen.”

Fifty-one percent of businesses say they’ve increased their online interactions with customers, and 36% of SMBs report that they’re now conducting all of their sales online, according to a report released by Facebook in May on the state of small business.

But it also helps to be creative. In April, Square Pie Guys quickly launched an online-only chicken sandwich brand called Hetchy’s Hots, and promoted the venture with a few ads on Instagram in late April. 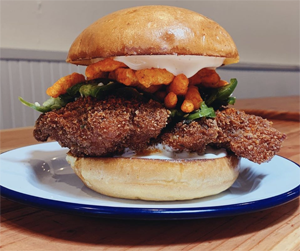 “We learned that if you package a brand correctly, people love it and it can lead to new orders,” Schechter said. “It’s really interesting to think about the potential of that from a marketing perspective.”

Still, the future is a big question mark.

Brook has been rolling with the fluctuations in consumer demand – she quickly pivoted to baking smaller six-inch versions of her most popular desserts for Easter and Passover, for example – but it’s unclear whether she’ll have to put her corporate catering offering on ice.

People probably won’t be rushing to buy deli platters, fruit arrangements and trays of cookies anytime soon, and who knows what corporate holiday gift giving will look like this year. She’ll just have to wait and see.

“The best business advice I ever got was actually when I took lamaze 30 years ago and the lady said, ‘Okay, just breathe,” Brook said. “I say that to myself a million times a day now.”