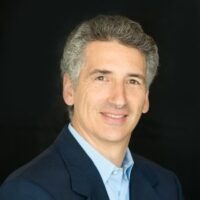 Greg Raifman has had a long career in digital advertising. He started out at ad server Mediaplex in the late ’90s, helped take Rubicon Project public in 2014 and is now running the digital subsidiary of Nexstar Media Group, which owns TV stations, websites and apps in 100 US markets.

This week on AdExchanger Talks, he surveys the history of ad tech.

In the early days, Raifman says, “We had a hard time getting a banner ad to stay online without crashing. Today we take these things for granted, but simple technology challenges of that ilk were daunting. It was try – and try again.”

Later, a slew of planned public offerings collided with the dot-com bust. After going public in 1999, Mediaplex was preparing for a secondary offering when the March 2000 crash happened and the company was forced into a merger with ValueClick. Raifman stayed on the board for a year before moving on.

“In the ad serving business, it was to DoubleClick’s advantage,” Raifman recalls. “They had got [in] a little bit earlier than everybody else and got their secondary done and kept expanding. And when things tightened up they were in a position to acquire a number of other companies.”

Also in this episode: politics. The 2020 political campaigns have embraced programmatic, including in TV media. Campaigns up and down the ballot are looking for exclusive data that an opponent may not have access to.