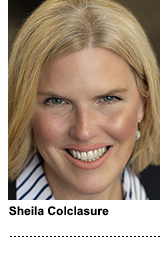 Similar to the Brood X Cicada hatch of 2021, the eruption of privacy-related news has been incubating for a long time.

In this week’s episode, Sheila Colclasure, IPG-owned Kinesso’s global leader on digital responsibility and public policy, talks through the history of data governance and how we got to our current disruptive moment.

Early in her career, Colclasure worked in the US Senate, before going “off hill” and spending the next 21 years of her career in the marketing data aggregation business with Acxiom, LiveRamp and Kinesso.

“So many things have changed and so many things are still the same,” she says of the arc of data ethics and governance over her two decades on the job.

This episode covers two broad areas. First is the flurry of privacy-related laws that have been passed in Europe and the US. Colclasure says Kinesso is pushing for a federal law that will help companies standardize their data collection. In DC,  significant political will exists to get this done, she says, because of the administrative challenge multiple laws pose.

“We’re seeing these state laws pass in a patchwork. Some of those laws compete,” she says. But the goal for industry should not be to defang state laws with a less restrictive national standard, she said. “I don’t think we want something weaker than California. The goal is to create accountability. We should be conscious marketers and we should have data under control.”

Plus, browsers and tech platforms aren’t waiting for legislators to restrict data collection. The dramatic policy moves from Google and Apple are spurred by massively different motivations, Colclasure observes.

“Google is moving out of the wild west days into these very thoughtful, carefully partnered, constructed, gated communities – where there can be data accountability, governance and control,” she says.

At Apple meanwhile, “they are disintermediating brands. It’s very interesting that they have introduced their own advertising network simultaneously to this disintermediation technique with brands and their customers. Is this better for people or is Apple being a privacy capitalist?”