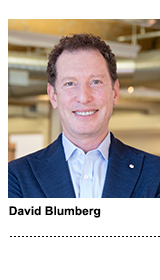 DoubleVerify went public in April, one of the biggest ad tech IPOs in recent memory. This week on AdExchanger Talks, we chat with the company’s first institutional investor, David Blumberg, a partner at Blumberg Capital. He describes DoubleVerify’s journey from an ad verification point solution provider in 2008 to a full-suite ad measurement provider currently valued at $5.4 billion.

One of the pleasant surprises along the way, Blumberg recalls, came several years after the company’s founding. The board had modeled for a steady decline in margins as new competitors entered the verification space with similar offerings.

“That’s what economic theory would say, and there was some of that,” he says of the projected profit winnowing. “But later… we started to see that the demand was for more products rather than less.”

“Our margin started rising,” Blumberg says. “It’s not a one-trick pony. It has a suite of products that are very sticky. DoubleVerify and some of its competitors rarely lose their customers. Brands often stick with those verifiers. It’s like an accounting firm – changing your auditor is a traumatic process.”

Also in this episode: Blumberg describes in detail his firm’s investment thesis around marketing tech, which centers on companies that are early stage and focused on measurement. Other companies in its portfolio include Parse.ly, Apester and Braze.