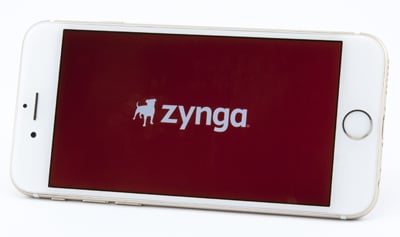 Zynga might be in the market to buy some ad tech.

The online and mobile gaming developer, which posted record Q4 earnings on Wednesday, fueled by an all-time best revenue and bookings quarter for Words With Friends, is in the midst of building its own ad network to expand its addressable market.

Zynga hopes its ad network lets it handle technical work in-house, including “key components of technology” related to the demand side, the supply side, an exchange layer, and some type of attribution, Frank Gibeau, Zynga’s CEO, told investors.

But that doesn’t rule out a little M&A to speed up the process.

“We’re also looking at acquisitions as a potential opportunity to accelerate in key areas and also potentially add scale to this initiative that we think will be powerful growth drivers for us in 2021 and beyond,” Gibeau said.

It’s premature to say what percentage of Zynga’s total ad inventory will be sold through the ad network, but its ambition is to have “a significant part” of its business go through its own network given Zynga’s scale, said CFO Gerard Griffin.

Today, one of Zynga’s biggest costs is buying ads to promote its games on other networks, Bernard Kim, Zynga’s president of publishing, told AdExchanger.

“We want to make sure we’re building the right technology that can serve our own games and our players while at the same time cutting out some of the middlemen,” Kim said.

But the ad network wouldn’t just be a cross-promotion vehicle for its own titles. Zynga has direct relationships with “a tremendous number of advertisers” and it serves ads beyond the gaming vertical, Kim said.

Zynga’s existing first-party data network captures information about how players interact with its games, which informs user acquisition and how Zynga goes about monetizing its titles.

In-app purchases and the sale of virtual goods drive the majority of Zynga’s revenue, but advertising represents a growing portion, propelled in part by Zynga’s big bet on the free-to-play hypercasual gaming category.

Two of Rollic’s newest hypercasual titles, “High Heels” and “Blob Runner 3D,” have already reached the No. 1 and No. 2 top-downloaded game positions on Android and iOS in Q1, and both are helping to meaningfully expand Zynga’s advertising inventory, Gibeau said.

Also, most of the people playing these games are new to mobile gaming, and the company now has the opportunity to introduce them to other Zynga games.

“These are players that are being acquired for pennies,” said Gibeau, who noted that their low-cost per install makes them somewhat less sensitive to Apple’s coming privacy changes.

Hypercasual games are designed to be extremely easy to play, which makes them appealing to a very wide audience. UA for this crowd is more of a mass marketing play hunting for cheap installs rather than for specific, targeted audiences.

“If you think about the arbitrage and long-term nature of the relationship we’re going to build with [these players], it’s a very positive thing for our company overall,” Gibeau said. “A lot of folks thought that hypercasual was a fad early on, [but] I honestly think it’s a new form of entertainment.”

And Zynga is on the hunt for more.

It ended 2020 with cash and investments of $1.57 billion, which it’s earmarking primarily to fund future acquisitions and strategic investments that will accelerate growth.