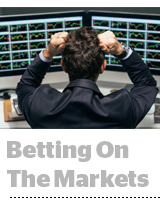 Champing At The Fitbit

Regulators around the world are taking a long look at Google’s proposed $2.1 billion takeover of the wearables company Fitbit. It’s not a typical antitrust situation, because Google doesn’t compete directly with Fitbit and the company isn’t the leader in the wearables market – from 2018 to 2019, Fitbit’s share of the North American market dropped four points to 24%. The concern, though, is how Fitbit data could strengthen Google’s dominance in advertising. “It would be a great test case,” Maurice Stucke, an antitrust law professor at the University of Tennessee, tells Bloomberg. “The concern is Google would use this data to help reinforce its dominance in other segments.” The flip side of the coin is that Fitbit and many other wearables manufacturers are being crushed by Apple Watch. Fitbit is the clear No. 2 in the category (followed by Samsung and Garmin), but has bounced between unprofitable and barely profitable for years. More.

An Exchange Of Ideas

The New York Stock Exchange (NYSE) was brutally rebuffed by its own investors this month after it was revealed the company was negotiating a potential acquisition of eBay. That deal may be off, but it still speaks to a slow-moving shift in the marketplace market, with large exchanges like Intercontinental Exchange Inc (NYSE’s parent company), Nasdaq and the London Stock Exchange Group evolving into data and technology companies, The Wall Street Journal reports. Those stock exchange companies historically make money on transaction volume, but not as many individuals actively buy and sell shares anymore – that number peaked in 2009. Now they sell data to private equity and hedge funds and market research groups. They also license exchange technology to other businesses. Nasdaq sells data infrastructure for sports betting markets. It also licenses exchange technology to NYIAX, a blockchain-based advertising marketplace for buying and selling media futures (i.e. guaranteed inventory deals). More.

An Illinois lawsuit may have implications for how privacy law develops across the country. Facebook recently settled, to the tune of $550 million, a suit alleging misuse of its facial recognition technology to tag people in photos. The state argued that Facebook broke its biometric privacy law, which allows individuals to sue companies that fail to gain consent before collecting data from methods like facial recognition and fingerprint scanning. Privacy experts predict that if the settlement is approved by a federal judge, it could precipitate more lawsuits against Facebook and make existing complainants more willing to settle. Congress and state-level legislators will also be watching whether courts rule that residents have the right to sue over such privacy violations, The New York Times reports. “This settlement, it’s going to really make the point that having laws on the books is the difference between people getting to go to court and getting real relief, and otherwise just getting trampled by these tech companies,” said Chicago attorney Jay Edelson. More.