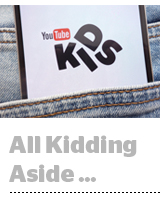 Facebook really wants those TV ad dollars – but it’s going to take more than simply showing up at the upfronts. The first thing Facebook needs to do is prove that its video service, Watch, is a hit with audiences. Facebook claims that 140 million people spend at least one minute a day viewing Watch videos, and that on average, daily viewers spend 26 minutes with Watch content. That reach should help woo buyers, but it’s not an automatic home run, Digiday reports. “Can we see the actual users’ desire to engage with this content?” asked one agency exec. “When that happens, there will be a shift to thinking of that type of inventory from a commitment standpoint.” Facebook also needs to grapple with how ad buyers perceive its video platform, which is mainly used as a repository for short-form content people watch while scrolling their feed, rather than episodic shows or video streamed to a smart TV. On the plus side, buyers appreciate that the pricing for Watch’s “In-Stream Reserve” inventory is on par with Google Preferred. More.

The Federal Trade Commission is in the late stages of an investigation into YouTube, reports The Washington Post. As early as 2015, the FTC fielded complaints about YouTube’s videos and data collection practices related to children. The probe, which could result in a hefty fine, is prompting Google to re-evaluate some business practices. YouTube could shift all of its children-focused videos to its stand-alone YouTube Kids app, which is a tiny fraction of YouTube’s overall audience. Another potential change on the horizon: turning off the feature that automatically plays a new video after the previous one has finished, a mechanism that some say funnels kids – or anyone – toward questionable content. The FTC declined to comment, but a YouTube spox had this to say on the changes under review: “We consider lots of ideas for improving YouTube and some remain that – ideas,” she said. “Others we develop and launch, like our restrictions to minors live-streaming or updating hate speech policy.” More.

One sign Quibi may not be the next Verizon Go90? The mobile video platform has already lined up $100 million in 2020 advertising commitments from the likes of P&G, Walmart, PepsiCo, Progressive, Anheuser-Busch InBev and Google (which also competes with Quibi through YouTube). Quibi bragged about its advertiser roster in advance of its Cannes debut  on Wednesday. The video platform will run preroll ads that last six, 10 or 15 seconds before its “quick bites” of content produced by Hollywood A-listers. Adweek pegged the CPMs in the $60 to $70 range. Like Hulu, Quibi will offer two tiers of viewership: $4.99 per month with ads, and a $7.99 ad-free option. Read more.

Marketing technologists understand SaaS business metrics and how to evaluate companies in the space. But analysts and investors need a better way to model data-as-a-service (DaaS) startups. At least, that’s the case being made by Auren Hoffman, CEO of self-described location-based DaaS company SafeGraph, and co-founder and former CEO of LiveRamp. DaaS companies have their own unique lineage, lingo, operational cadence and more, which makes them “an odd duck in the tech pond,” Hoffman tweeted. Check out the full thread and blog post. Data companies tend to dominate particular niches, because larger companies can bring down their customers’ cost-per-acquisition costs and create a virtuous cycle of market share growth. Data companies must also commit to integrations that don’t generate revenue. “Your data will be much more valuable if you enable it to be joined with other data sets (even if you make no money off the other data sets),” Hoffman said. “This is the No. 1 thing that most people who work at data companies do not understand.”