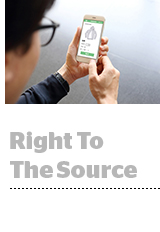 Direct-to-consumer upstarts are giving established brands a run for their money, and are also wreaking some havoc in the agency world. That’s because DTC brands are for the most part digitally native and do their advertising in-house. Despite its $1 billion acquisition by CPG giant Unilever in 2016, Dollar Shave Club still does nearly all of its own marketing, with a 10-person creative team and units for media buying, analytics and product development. “It’s hard to outsource that type of flexibility, and even harder to do it in a way that’s true to your brand,” Jen Rubio, co-founder and chief brand officer of DTC luggage brand Away, told Digiday. More. Counterpoint: When DTC brands test new marketing channels like television, they often turn to an agency. Independent agency-tech hybrids like YellowHammer Media have also built up programmatic businesses catering to DTC startups.

European regulators levied a record-breaking $5.1 billion fine against Google for leveraging the Android operating system to boost its own mobile services and box out rivals. But the impact of the fine “may well be dwarfed by the changes to Android that Google is being forced to make,” writes The New York Times. Google must now decouple Android from its Chrome mobile browser and its default search engine status, affording alternative browser and search companies with an opportunity. “Google has used Android as a vehicle to cement the dominance of its search engine,” said Margrethe Vestager, the EU’s antitrust chief. More. Google CEO Sundar Pichai published a dissent arguing that bundling allows Google to offer the software to phone makers for free, providing an affordable alternative to Apple’s high-cost, tightly controlled iOS.

Prime Day may be a retail holiday created for Amazon, by Amazon, but it comes with a halo effect for other retailers. Last week, AdExchanger reported on the many ways retailers aimed to capitalize on Prime Day. Those efforts are having an effect. According to TechCrunch, big-box retailers with over $1 billion in annual ecommerce revenue saw sales spike 54% on Prime Day. Target said its one-day sale on Prime Day was its biggest online shopping day of 2018, though it declined to break out figures. Prime Day also led to an increase in app downloads for major retailers besides Amazon, according to data from App Annie. But it wasn’t all good news for Amazon competitors: Niche retailers that do less than $5 million per year saw online sales drop 18%. More.

Walmart is considering launching a subscription streaming service to compete with Netflix and Amazon Prime, The Information reports. Amazon and Alibaba in China have shown how powerful the connection can be between loyalty-based retail and studio-style entertainment, so it’s a sensible play. Walmart has dipped a toe into video on demand with Vudu but hasn’t gained traction. One big question is whether Walmart shareholders have the patience to spend billions year after year on programming. Production studios like Lionsgate and MGM are reportedly potential acquisition targets. Walmart could also try to pre-empt the current subscription-based streaming leaders by developing a free, ad-supported streaming service, a category with a lot of potential but less intimidating incumbents. More (with subscription).