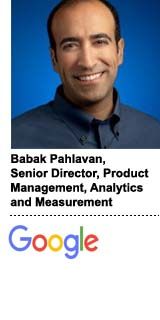 While the MRC has audited several parts of Google’s ad-serving and search functions for years, YouTube wasn’t historically included, said George Ivie, the council’s CEO: “This will be a first-time audit for YouTube metrics and it will constitute an end-to-end verification of these processes.”

Google hopes the audit will help standardize viewability reporting across all three measurement providers to reduce the chances of reporting discrepancies and to ensure each integration meets MRC and IAB standards.

Babak Pahlavan, senior director of product management for analytics and measurement at Google, said the moves were not in response to Facebook’s recent efforts to instate third-party measurement audits.

“We’re talking about work that has been in place for years,” Pahlavan told AdExchanger. “We’ve been on a path to structure a program that ensured every one of our solutions is audited and accredited with the MRC, in particular.”

But the Facebook and Google deployments have commonalities, Ivie said.

For instance, the MRC will help validate the data feeds passing between Google and Facebook and the third-party measurement companies. It will also observe how each measurement company ingests that data and reports metrics.

One media buyer questioned why Google needs to accredit its partner and publisher integrations. After all, many of those third-party providers already underwent their own MRC accreditation processes.

“I’m not sure why they need that unless they’ve been accused of using their power as a uniquely big publisher to interfere with how those companies usually measure,” the buyer said. “Other partners don’t get their integrations separately accredited.”

Google argues that its scale, privacy and security requirements require more oversight of its third-party integrations.

“When we integrate with third parties, they have to create the perfect balance across the board for all three,” Pahlavan said. “That said, we have to be objective and independent, so the MRC will accredit each of the touch points for these custom integrations.”