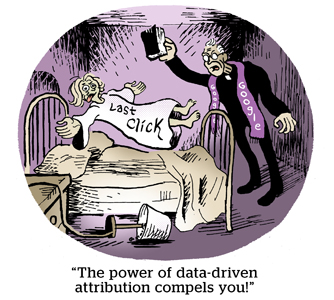 The urgency is real to replace the EU-US Privacy Shield, the data-sharing accord brought down by the 2020 Schrems II decision.

EU competition commissioner Margrethe Vestager said a replacement is “high priority.” Lobbyists from San Francisco and Seattle are all ears.

Rolling with the GDPR punches is one thing. Tech companies have gotten used to that. But Google Analytics losing its EU footprint because of CIA surveillance is a bitter pill.

But will a fix arrive?

The Austrian and French data protection authorities recently released judgments that, without Privacy Shield, Google Analytics can’t be used because it passes data to US servers – thereby lighting a fire under efforts to field an alternative.

But since then, a CIA document declassification revealed the continued tracking of web users who touch upon American internet services. Well then.

“EU takes an absolutist approach to everything, and that’s true for data privacy certainly,” Brussels-based data protection attorney Heidi Waem tells Law.com. Data privacy in Europe is a “human right” or “fundamental right,” whereas, in America, it’s a “consumer right.”

Also, European governments have long been looking for an opportunity to tout their own big tech. Schrems II isn’t competition law, but it may be the useful tool that finally forces a shift to local services.

OMG, Look What I Bought

​​Outcome-based buying is all the rage. But outside the likes of Amazon, Walmart and Kroger, there are few pockets of deterministic first-party purchase data for marketers to get their mitts on.

Affinity uses deterministic data to create what it calls “purchase-based media scores” that categorize buyers based on their spending habits, Digiday reports.

Deterministic data is the missing piece in the cross-channel measurement puzzle. But what about privacy? According to Omnicom, the data is anonymized and only used for measurement. In other words, advertisers can’t target individuals, but they can get attribution reports based on actual transactions by known users as opposed to relying on modeled data.

Plenty of agencies have access to transactional data, but Omni thinks its edge comes from Affinity’s granularity – not just that a sale occurred, for instance, but in which specific retail chain.

Its Reel If You Believe

Instagram launched Reels, a clone of TikTok’s short-form algorithmic videos, in August 2020. Since then, Instagram and Facebook have put Reels in front of everybody’s face as much as possible.

Shira Ovide of The New York Times writes that Meta is hurrying more Reels placements and monetization services. Why? Even if Meta is losing young hearts and minds, it’s still possible to hook users by the wallet.

To be fair, YouTube has an even more brute force approach with Shorts, its TikTok clone. Shorts generates some 15 billions views per month, and popular Shorts creators are now the most-viewed accounts on YouTube every month, although general users likely don’t know that “YouTube Shorts” is a thing.

On the other hand, YouTube and Facebook creators often just transfer their TikTok videos to those other platforms, then simply rake in views because Meta and Google pay for or incentivize that content with big distribution bumps.

This trend makes TikTok-style metrics gaming a strong play right now. For instance, many Reels or Shorts feature heavy text overlays, so people watch and rewatch in order to read them through. Another tactic is to deliberately misspell words, prompting viewers to comment about the typo – which the platform registers as engagement.

The wave of SPACs that rushed to market in recent years have mostly been spat back out by investors. [WSJ]

Adalytics: How much are ad tech companies charging advertisers and publishers in fees? [blog]

Cyberattacks are on the rise. [Axios]

Discord updates its policy in an effort to filter out health misinformation. [The Verge]