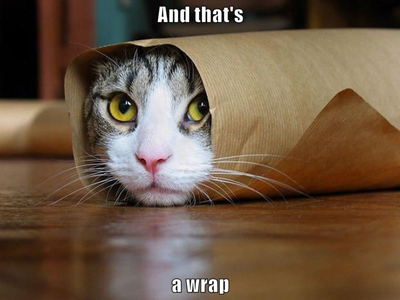 There’s no other way to say it, tag wrapping is a pain in the butt. But it’s a necessary evil of ad ops.

The feature, in beta with around 15 clients since August, including HP, is now generally available and free to all existing IAS and Campaign Manager customers.

Ad buyers use tag wrappers for everything from ensuring that creative is served into the right media, enabling third-party viewability measurement or the brand safety of a particular placement.

Usually, spreadsheets shuttle between brands, agencies and tech partners, a multi-step and highly manual process prone to delays and other hiccups.

“Rather than managing time-consuming manual processes, advertisers can focus on ensuring campaign performance, while also maintaining the same level of independent third-party verification measurement and protection their brands require,” she said.

Advertisers are able to switch on IAS verification services within Google Campaign Manager within a matter of seconds, Utzschneider said, a process that in the past could take hours or even days.

Wrapped placements sync automatically to DV360, and data flows back to Campaign Manager. Ad buyers can also view IAS-blocked impressions directly within the Campaign Manager UI, which should help cut down on blocking-related reporting discrepancies and cost data transfer issues between Campaign Manager and DV360.

Although Google’s ad server is the first to use the Automated Tag API, it’s IAS’ plan to eventually extend the framework to other ad servers.

According to Utzschneider, rather than a new line of business for IAS beyond verification, this foray into tag management is about helping customers improve their time to activation by removing friction from the wrapping process.

From HP’s point of view, the most useful function of the API is that it eliminates the need for multiple handoffs.

“Instead of going through this long back-and-forth process, it reduces it to just trafficking and enabling the campaign,” Liberti said. “From that point on, the tags sync already wrapped or with monitoring applied for DV360.”

Utzschneider anticipates that the Automated Tag API “will likely reduce the need for tag management vendors.” Although some advertisers may still choose to use a tag management partner for shipping tags to publishers or for some tag testing, she said.

HP, which beta tested the API, is in the process of applying the automatic tag to any new campaigns that are being trafficked, with the goal of using it for all campaigns by the end of the year.

But Google and IAS aren’t the only kids on the block with an automated tap wrapping solution. Flashtalking added verification trafficking automation to its platform in April, which eliminates the need to manually send tags to verification partners for wrapping through integrations with DoubleVerify, Moat, Protected Media and Cheq.