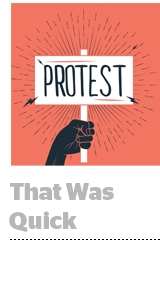 Just a couple of days after news broke that Antonio Garcia Martinez, vocal tweeter, former Facebook ad product manager and author of “Chaos Monkeys,” would join Apple as an ads engineer … Apple severed ties with Garcia Martinez following an employee backlash. Apple employees circulated a petition on Wednesday calling for Apple to explain why it hired Garcia Martinez and pointing to misogynistic excerpts from “Chaos Monkeys,” including this choice passage describing women in the Bay Area as “soft and weak, cosseted and naive despite their claims of worldliness, and generally full of shit.” Apple declined to comment beyond the fact that Garcia Martinez is no longer working at the company. As Axios points out, while petitions of this sort aren’t uncommon at other tech companies, such as Google, it’s rare for Apple employees to organize so publicly on an issue. Apple often trades on its supposed exceptionalism – but even Apple isn’t immune to the forces rocking its peers.

AppLovin is still finding its footing on the public market. The app monetization and mobile marketing platform, which went public in mid-April, hosted its first-ever earnings call on Wednesday, and the results were mixed. Although revenue surged to $603.9 million year over year – up 132% – the company had a wider-than-expected loss per share, according to Seeking Alpha. AppLovin’s vision includes generating more first-party data for Axon, its proprietary machine learning technology. AppLovin already owns Machine Zone and has made strategic investments in a bunch of other game studios. “We're at a point now where we've got content for everyone, and so now the strategy is just scaling that content,” AppLovin CEO Adam Foroughi told investors. “The bigger we get on the content side, the better our software gets.”

Big Tech foe Lina Khan’s nomination to the Federal Trade Commission will move to a full Senate vote after she sailed through her confirmation hearing. Just four members of the Senate Commerce Committee, all Republicans, voted not to advance her nomination, CNBC reports. The committee’s top Republican, Sen. Roger Wicker of Mississippi, was optimistic about the proposition of having Khan join the FTC, because she is focused on a “pressing” issue: “reining in the big social media platforms.” In the same breath, though, Wicker said he was concerned that “a broadly over-regulatory approach as an FTC commissioner could have a negative effect on the economy and undermine free market principles.” Even if Khan is confirmed, President Biden will still need to nominate another commissioner or chair to the FTC to fill out the agency’s five seats. [Related in AdExchanger: “FTC Nominee And Big Tech Foe Lina Khan Is One Step Closer To Becoming A Commissioner.”]

Google released an update for its measurement and analytics products, including a significant privacy update for Google Analytics. Google says the new capabilities stem from its investments in machine learning and modeling and are designed to help marketers operate without cookies and other identifiers on websites and apps. [ZDNet]

Dentsu is the latest holding company to create a new division with the goal of steering more ad dollars to minority-owned media businesses. [WSJ]

Reddit has rebranded its creative strategy team as KarmaLab, an in-house creative agency. The move is part of a concerted effort to court cautious marketers that need a little more hand holding. [Adweek]

Around $153 million was spent on digital advertising across sites with articles that included hate speech directed at the Asian American and Pacific Islander communities, according to joint research from Nielsen and Israeli startup AdVerif.ai. [blog post]

At an industry event, Discovery CEO David Zaslav expressed frustration with Nielsen’s having undercounted television viewers during the pandemic: “Now, how do we get that money back?” [MediaPost]

In podcast news: Catalina and iHeartMedia are partnering on podcast measurement and sales attribution for CPG brands [release], and iHeart plans to launch a new podcast network called “My Cultura” focused on the Latinx community. [release]

DDB Chicago has brought on Andrea Diquez as its first Latina CEO. [release]