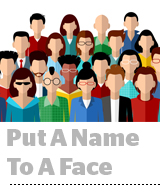 As Google prepares to report second quarter earnings Thursday, investors and analysts are fed up with the company’s secrecy around YouTube. The streaming hub, which generates an estimated $16 billion to $25 billion in annual revenue, would be a Fortune 500 business on its own, but Google lumps YouTube into its overall ad revenue, concealing its size and growth, The New York Times reports. Some are curious whether YouTube played a role in Google’s growth rate slowdown last quarter, while others are just plain fed up with big tech companies obfuscating information that looks bad for them. Apple stopped reporting iPhone sales in November, as those numbers dipped, and Facebook started bundling user numbers with Instagram, WhatsApp and Messenger when the main app stumbled. Without metrics for profitability, ad impressions and active users on YouTube, “I don’t think the company provides anything that helps us understand the business,” said Michael Pachter, an analyst at Wedbush Securities. More.

Data-driven online advertising has settled on anonymized data and audience profiles as a workaround to privacy concerns. So, for instance, ad targeters may not know Joe Shmoe by name, but a cookie or mobile ad ID could be tied back to profile 123 XYZ with demographic data like address, age, gender, marital status and consumer history. But can those anonymous profiles be used to re-identify actual individuals? That was the question driving a joint paper by Belgium’s Université catholique de Louvain and Imperial College London published in the academic journal Nature. The results challenge “whether current de-identification practices satisfy the anonymization standards of modern data protection laws such as GDPR and CCPA,” according to the authors. GDPR established the idea of “pseudonymous data,” when anonymized audiences can be re-identified. “Our results reject the claims that, first, re-identification is not a practical risk and, second, sampling or releasing partial datasets provide plausible deniability.” More.

Large consultancies aren’t the only businesses making a move on traditional ad agency turf. The line between Hollywood promotions and Madison Avenue marketing have also begun to blur, Business Insider reports. Product placement deals and celebrity endorsements are nothing new. But as audiences move from television to ad-free streaming networks, marketers need to find new ways to reach consumers, and talent agencies have a pipeline into production with players like Netflix and Amazon Prime. “The old adage was that nobody was ever fired for making a beautiful TV commercial, but the era of paid media is coming to an end,” said Ricardo Dias, VP of marketing for AB InBev’s Brazil unit. “Now you can pay $10 a month not to be interrupted while watching content, so brands have to be creative to entertain people.” More.