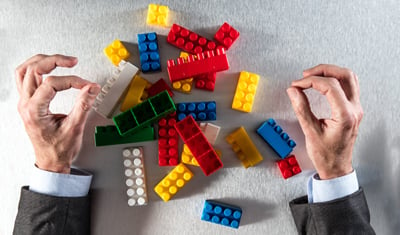 Nielsen expects to lay off 3,500 people – roughly 8% of its global workforce – as part of a restructuring, the company said on Tuesday.

The move – which Nielsen called “an optimization plan” – is more accurately described as a massive cost-cutting effort to support Nielsen’s upcoming split into two separate public companies, with one focused on its Watch and media measurement business and the other on Connect, which provides analytics and attribution services to CPG and retail companies.

The layoffs appear unrelated to COVID-19, although Nielsen did say in April that its prospective spinoff will likely be postponed beyond November, which was the original plan, due to virus-related disruptions.

For the past few years, Nielsen has faced increasingly heavy headwinds as its measurement products lagged the growing shift in viewership from linear to streaming. Activist investor Elliott Management has been breathing down Nielsen’s neck pushing for a sale.

Although Nielsen considered sales offers and other exit opportunities, the board eventually decided that the most sensible move was to break the company into two distinct entities, one of which measures what people watch and the other what people buy.

Correlating the two makes sense on the surface but “hadn’t worked very well,” Kenny told AdExchanger in an interview earlier this year. “If you merge a lot of things together,” he said at the time, “you can lose focus.”

As part of the restructuring plan, Nielsen said it “will exit several smaller, underperforming markets and non-core businesses” in the back half of 2020, but didn’t specify exactly which markets or businesses.

The maneuver will net Nielsen roughly $250 million in annual savings, but cost a little more than anticipated. The total reorg charge for 2019 will be between $150 million and $170 million rather than between $120 million and $140 million as per Nielsen’s previous guidance in April.

Roughly half of these charges, the majority of which are due to employee severance costs, were taken in the second quarter. Cash payments for severance will continue on into late 2021.

“These restructuring actions will further expedite our transformation to a more efficient, agile and scalable organization and are designed to drive sustained margin expansion and increased cash generation,” Kenny said in a statement.

Nielsen will share more details of its reorg and 2020 outlook on Aug. 5 during the company’s Q2 earnings call.