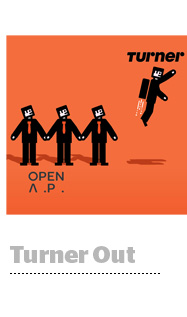 WarnerMedia has exited the OpenAP Consortium.

It’s a major blow to the TV industry’s attempt to jointly promote audience-based buying on television by creating standardized segments and measurement across their networks.

Turner was one of the consortium’s original members in 2017, along with Fox and Viacom. NBCU joined the following year.

But now that WarnerMedia is owned by AT&T, it doesn’t feel like playing along anymore.

“As our company has transformed, our advanced advertising strategy has evolved,” WarnerMedia said in a statement. “As a result, we are withdrawing from OpenAP. We appreciate what OpenAP has supported to this point in widening the adoption of audience-based buying on television.”

Reading between the lines of that kiss-off: We have Xandr now, but thanks anyway.

With AppNexus, AT&T set-top box data and other goodies in tow, Xandr is looking to blaze its own trail in the addressable TV market, rather than stay on board with the rising-tide-lifts-all-ships philosophy espoused by the OpenAP Consortium.

And tides are known to change. With WarnerMedia striking out on its own, one also has to wonder what Fox will do now that it’s owned by Disney.

Ironically, Donna Speciale, Turner’s president of ad sales, was actually one of OpenAP’s loudest cheerleaders and helped spearhead the project from its inception.

As recently as January, Speciale was extolling the consortium’s virtues, declaring, “TV is a platform and we need to present that to marketers so they can buy across our entities at once.”

The vision from the start was to develop a tool, operated by a neutral third party, that “agencies and advertisers can integrate into their own planning systems to activate advanced audience targeting and independent measurement within premium content.” (That’s from the press release announcing OpenAP’s formation, during rosier times.)

Without a single platform, buyers have to onboard audiences separately to each publisher, and it’s a pain in the rear.

OpenAP is also meant to streamline data segmentation on linear TV by allowing advertisers to match their first-party data segments to a network’s viewing data and factor in third-party data from the likes of Nielsen Catalina, Rentrak and Experian.

And the show must go on. OpenAP will continue on in its mission, just without Warnermedia.

"Fox, NBCUniversal and Viacom remain committed to working together in pursuit of a premium, open, independently verified marketplace that will continue to transform the industry," the OpenAP Consortium noted in a statement. "Over the next few months, we will be growing and expanding the OpenAP platform to simplify audience buying at scale, and you’ll hear more from us on these exciting developments in the coming days.”