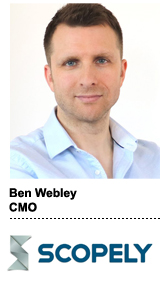 After this exclusive first look for subscribers, the story by AdExchanger’s Allison Schiff will be published in full on AdExchanger.com tomorrow.

Driving downloads is important. But Ben Webley, CMO of game developer Scopely, is looking for users who want to stick around.

“We’re not interested in driving vanity KPIs,” said Webley, who joined Scopely in January after executive roles at Zynga, EA and, most recently, at Facebook as director of gaming and global marketing solutions.

Although measurement and metrics are “incredibly valuable,” Webley said, “you also have to remember that every line in a spreadsheet has a human behind it.”

“If we can understand people and their motivations, we can build better gaming and marketing experiences for them,” he said. “Mathematical performance drives the mobile gaming industry today to the point where it’s losing sight of the players.”

But Apple’s recent privacy changes, although they’ve upended the mobile ad ecosystem, could also serve as “a forcing function” to help performance marketers get back to first principles, Webley said.

“Combining good creative with interesting targeting – that’s what allows us to find great players without always having to pay a premium,” he said.

AdExchanger: What lessons did you learn working “on the other side” at Facebook?

BEN WEBLEY: At Facebook, you get to see the good, the bad and the ugly of the entire industry. I apply that experience to Scopely in a number of ways, but the main one is thinking about marketing holistically.

What does it actually mean to think about marketing holistically?

As CMO, my role incorporates marketing, growth and monetization, so I don’t just care about bringing players into games, but also about how to keep them connected and engaged. I care about what makes users tick. Why do they play? Why do they spend money? And why do they give their time to our games versus other mediums?

As an industry, we don’t look at the human element of our players as much as we could. Marketing has become a math problem, and we’ve seen that lead to lower quality, often misleading ads – clickbait, really – because it’s just about the metrics.

The industry was very upset over IDFA, but in some ways this is actually a mathematical challenge to find new ways to gather insights about players. We’ll see more media mix modeling, and it might also change the level of investment in certain genres.

How did you prepare?

I’d say we’re resilient for several reasons. One, we work with amazing IP and people search for these brands – Marvel, Star Trek, The Walking Dead – organically.

We’ve also found that if we focus on story-driven creative, we can reach a wide audience and still find valuable players. The recent trend has been to be more and more surgical with targeting, and that’s made the cost of acquiring users increasingly expensive as people bid each other up in the auctions.

We also focus on engaging with our existing players and communities, which has made us less reliant on user acquisition. I’m hoping we’ll start to see more developers put effort into keeping players in the game rather than constantly having to find new ones. 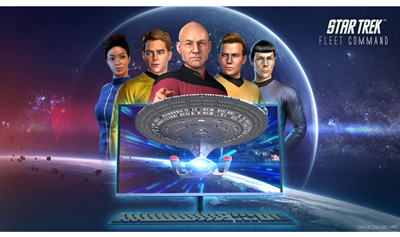 Are you testing any specific methods and solutions to manage the loss of mobile ad IDs?

We have a robust data science team, which gave us a head start, and we’ve been innovating around measurement.

We don’t have the same level of measurement on iOS with SKAdNetwork, but we also don’t have nothing either. We’re looking at different ways to triangulate the data we do have and extrapolating models to find the best solution.

We’re taking a blended view. We can’t perfectly understand every organic and paid install, but I can get a macro view of the players who are coming in and spending money and then I can go back to regression and market mix modeling.

How are you striking a balance between branding and lower-funnel performance goals?

The recent campaigns we did for “Star Trek Fleet Command” are a good example. We expanded our partnership with ViacomCBS last year so we can use every timeline from that universe in our games and tap into the fandom.

We launched a campaign with Karl Urban [from the Star Trek movie reboots] and Sonequa Martin-Green from Star Trek Discovery battling it out over Fleet Command, and we have another ad with characters from Next Generation – LeVar Burton, Brent Spiner and Jonathan Frakes – sparking some old rivalries.

The results were incredible. For the Next Generation campaign, we’ve delivered 45 million impressions to date, and the CTR was 114% higher compared with creative in which we didn’t use talent.

What’s the recipe for creative success?

We’re connecting with fans through humor and lovable, well-known characters. The creative is entertaining and more like content than ads.

But the campaigns also accurately represent our games and give people a sense of what it’s like to play, which is equally as important – because it’s not just about the views and the clicks; it’s about the downstream metrics.