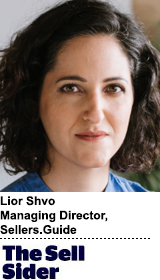 It’s not rocket science: Advertisers want to reach the right audience, at the right time, at the right price. Here’s the thing, though: Doing that is waaaay too hard right now.

Once upon a time, the digital ad supply chain was pretty basic: An advertiser placed ads on a publisher’s domain via a single exchange and a demand-side platform (DSP). Click, click, done. Everyone got paid, and the world was mostly alright.

In 2014, things got more complicated with header bidding, as publishers offered ad space to dozens of supply-side platforms (SSPs) or ad exchanges at once. It wasn’t long before chaos ensued.

Today, for example, Billboard is sold by 99 sellers and 88 exchanges, according to its ads.txt file. MSN has 242 sellers and 138 exchanges. IGN, one of the largest gaming sites in the world, has 365 sellers. A 2021 analysis of 120,000 domains conducted by Sellers.guide revealed that the average number of sellers per publisher domain is 50. Fifty!

The last straw for advertisers

Publishers are losing control over who has access to their inventory – and our industry is spiraling out of control. And advertisers aren’t having it.

Back in January 2017, Marc Pritchard, chief brand officer at Procter & Gamble, took the stage at IAB’s Annual Leadership Meeting and called for the death of a “crappy media supply chain” (his words). He went on to say, “We realize there is no sustainable advantage in a complicated, non-transparent, inefficient and fraudulent media supply chain.”

After his 27-minute impassioned speech to his fellow marketers, insisting on a transparent media supply chain, P&G performed a comprehensive audit of all its media agencies, made all agreements transparent – and later that year cut $200 million from its digital ad budget. Other advertisers have since followed suit.

The first step in circumventing the wasteful supply chain is finding the most effective path to media that has a direct effect on the publishers’ monetization.

It’s all about supply path optimization (SPO) – deliberately choosing a specific provider or exchange that meets industry standards. Right now, too many uncontrolled hidden sellers devalue the inventory by reselling it at rock-bottom prices.

Also contributing to the problem is traffic throttling, which occurs by passing calls between different brokers to give them each a cut along the way — with no clear benefit to the advertiser or publisher. That, in turn, also means there’s plenty of double-counted or overcounted calls — and fraud.

This led to the IAB Tech Lab, with support from Google, creating ads.txt, a move that gave publishers and buyers the opportunity to declare whether the seller is authorized to sell the media or not – and what the relationship is between the publisher and that seller.

Ads.txt has made life better for buyers, but it’s still too easy to defeat with fraud as sellers continuously add new lines into the file. In 2019, sellers.json added a seller’s name and their role within the supply chain, bringing an added level of transparency. Which helped … for a while.

So, yes, there are initiatives that promote SPO, and implementation rates are very high. But something is still not working. A large study published in May 2020 by the Incorporated Society of British Advertisers (ISBA), a UK trade group, and PwC shows that advertisers are still losing 15% of their budgets, and for every $1 an advertiser spends, publishers get 51 cents instead of the 66 cents they should.

How publishers can have more control over the supply chain

So, what do publishers need to do to incorporate themselves into the buyers’ SPO process and make themselves attractive to the buy side? Use ads.txt, and use it right.

Here are a few easy ways publishers can manage their ads.txt files and control the way buyers see them:

Whatever you do, manage your ads.txt file just as you manage and monitor your media. It’s an integral part of fixing the “crappy media supply chain” problem in our industry for good.