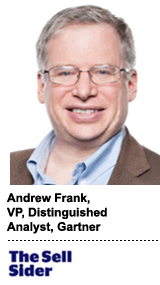 As yesterday’s cross-domain tracking methods fade into history, the entire digital ad community is casting around for a suitable replacement – and marketers trying to navigate through the fog are finding it difficult to know which way to tack.

The most prominent pathways at this point are Google’s Privacy Sandbox and Unified ID 2.0, both of which have now been through a summer of testing that revealed promise as well as limitations.

Although multiple ad hoc solutions are sure to coexist for some time, there’s a strong case to be made that organizations and the ecosystem as a whole need to settle on a unified, overarching approach to targeting and measuring ads. Measurement is especially important.

To recap: Google’s approach to privacy centers on endowing its Chrome browser (and any other browsers that care to tag along) with new capabilities to reveal data about user interests that can be useful to advertisers while also satisfying the demands of privacy proponents.

Google’s core innovation, FLoC, relies on the concept of cohorts, hence the name: Federated Learning of Cohorts. Cohorts are made up of a population cluster that has shared some common experience within a given timeframe. Cohort clusters classically highlight common life events, such as graduation, marriage or retirement. In the case of FLoC, they’re formed around website activities that may signal a common interest or intent.

Unlike the vanishing world of cookie-based behavioral data exchanges that could tag browsers with any number of cookies, FLoC – in its initial implementation, at least – assigns each user to a single randomly numbered cohort with similar browsing histories. It refreshes these assignments frequently so that the number associated with a cohort will regularly change.

In theory, there could still be a FLoC cohort for a familiar cookie category, such as auto-intenders, if there are more than a thousand users for whom auto research is designated as their most prominent common recent activity. But it won’t include many who recently visited cars.com among other interests – and it won’t be labeled “auto-intenders.” It will therefore be up to the ecosystem of advertisers, publishers and ad tech companies to identify and target cohorts based on their own observations of cohort behavior.

But using FLoC-style cohorts to balance privacy with market value turns out to be a narrow path to navigate, as is evident in the objections we’ve seen coming from privacy advocates and the ad tech ecosystem alike.

Privacy critics have loudly pointed to FLoC’s potential role as a fingerprinting aid, and they doubt its promise to suppress sensitive groupings.

Advertisers have also had difficulties.

In summarizing takeaways from its recent “Origin Trial” of FLoC, Josh Karlin, Google’s tech lead manager for the Chrome Privacy Sandbox team, conceded that “cohorts are hard to understand for end users and technologists” and that the team is now contemplating providing “topics based on domains instead of cohorts.”

Karlin also noted that the Privacy Community Group, a W3C organization devoted to “privacy-focused web features and APIs,” has proposed “Ad Topic Hints” as a similar alternative to cookies. If this sounds reminiscent of contextual targeting to you, then you’re not alone.

But shifting from cohorts to topics exposes the crux of the problem, which is that the more granular the taxonomy of topics and their user assignments become, the easier it is to reidentify and profile users. By the same token, the coarser they are, the less useful they will be to advertisers.

Moreover, the use cases for dynamic cohorts and topics are limited. They won’t help with problems such as frequency capping, view-through attribution, holdout testing or ad suppression.

And the similarity to contextual targeting is both striking and problematic. The IAB Tech Lab’s Content Taxonomy was developed to standardize topical content classification but has not seen wide adoption for ad targeting and measurement use cases. Most of the current innovation in contextual ad targeting is based on proprietary AI content analysis that, while valuable, doesn’t lend itself to standardization.

Little has been publicly revealed about UID 2.0’s ongoing beta test, but it, too, faces some difficult tradeoffs. While adoption has been strong among agencies and technology providers, many major publishers appear to be taking a wait-and-see attitude.

Since UID 2.0 is a consent-based ID scheme, questions also abound about consumer opt-in rates and the eventual legal status of cross-domain consent management, which is likely to vary in different jurisdictions.

So where does this leave us?

Despite the ambiguity and still unanswered questions, however, there are several things ecosystem participants can do to make sure they’re in the best position possible as the ground shifts underfoot.

1. We’re still in the early stages of a long journey, so prepare for an extended period of experimentation and uncertainty. Run as many pilots with as many partners as you can.

2. Google’s cookie deprecation and Apple’s many privacy initiatives represent an opportunity for marketers to up their game on when it comes to their own cohort modeling and contextual analysis initiatives. This can be done in addition to shoring up first-party data collection and consent management to gain a competitive edge.

3. Lean into the activities of standards bodies and industry associations and press for open solutions that work across endpoints.

Browsers are only a part of the fragmentation problem. Don’t forget about mobile app platforms and CTV variants, including smart speakers, smart TVs, streaming devices, game consoles, set-top boxes, Portable People Meters and so on. They all need to play a role in the final resolution.