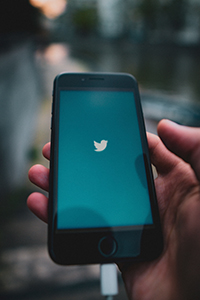 NBCUniversal and Twitter announced a new global partnership on Monday that will make it easier for marketers to reach global audiences by expanding worldwide social inventory and integrating premium content into trending conversations.

The multi-year deal expands a national partnership that began in 2013 and will deliver NBCU's premium digital content to Twitter, allowing marketers to target global audiences in addition to national and local viewers. The deal bolsters the existing advertising and content partnership by covering global Twitter markets across the NBCUniversal Sky worldwide footprint.

“Twitter has been a great partner of ours in terms of developing and evolving together,” Joseph Cady, SVP of strategy and development at NBCUniversal, told AdExchanger. “They’ve been really flexible and open to making the best of targeting and measurement and campaign activation available for us to bring to marketers local, national and now global.”

The agreement enables NBCU to create ad experiences around trending content across its properties, including NBC Sports, Sky Sports and the GOLF Channel as well as live sports and red carpet livestreams. For instance, during the Golden Globes on Feb. 28, NBCUniversal will offer highlights on Twitter.

NBCU will also offer exclusive fan experiences on Twitter for more than 30 upcoming live events – including Telemundo’s Billboard Latin Music Awards, the E! People's Choice Awards and the Macy's Thanksgiving Day Parade. For Black History Month, NBCU will leverage the platform to amplify interviews with Black business owners, artists and others about racial justice and equity.

The expanded partnership comes on the heels of last year’s global expansion of NBCU’s One Platform – which reaches more than 160 countries and allows advertisers to buy, measure and optimize their campaigns across NBCU’s linear and digital assets – as well as a year of strong success with Twitter. It also follows NBC Spot On's digital inventory expansion for local marketers in December.

“NBCU represents one of Twitter's largest and deepest content partnerships in the US,” Jen Prince, Twitter’s VP and Global Head of Content Partnerships, said in a statement to AdExchanger. “This agreement expands not only their content publishing output in the US, but will position international markets for growth as well. More premium content means more sponsorship opportunities for advertisers, so there's meaningful revenue impact here as well.”

Cady declined to discuss any split in ad revenue, other than to say “it’s a mutually beneficial partnership.”

“Twitter and NBCU have a really good respect for each other’s businesses and we’ve been able to work out an arrangement that was able to scale,” he said.

NBCU has ramped up its digital solutions and capabilities over the past decade, and its partnership with Twitter is part of its larger digital video strategy.

“With Twitter, going back to our One Platform announcement and global announcement, that’s really been an extension of that same strategy, targeting marketers and audiences wherever they are,” Cady said.

Since the partnership began in 2013, total campaign growth exceeded a 10X trajectory, Cady said. And in 2020, global video views for all NBCUniversal Twitter handles grew an average of 26%, in addition to a 25% increase in campaigns YOY, “despite a challenging 2020” in the midst of the COVID-19 pandemic.

In late 2020, NBC Olympics and Twitter also extended its content partnership, originally announced in 2019, to include the postponed Tokyo Olympics set for the summer of 2021 and the Beijing Olympic Winter Games in 2022.

“The exciting thing is that [the global partnership] is really across the board,” Cady said.