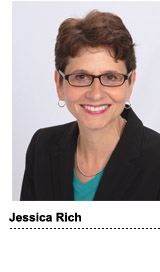 The sea change at the Federal Trade Commission continues.

On Tuesday, Jessica Rich, the FTC’s director of the Bureau of Consumer Protection, exited the commission after 26 years of service. Rich led the bureau since 2013, when she was appointed by then-FTC Chair Edith Ramirez.

The announcement comes on the heels of Ramirez’s planned departure on Friday, and the appointment of Maureen Ohlhausen as acting chair.

There’s always a danger when you take a political job, said Mike Zaneis, president and CEO of the Trustworthy Accountability Group.

“When you’re 'career' at an agency but then your dream job – the head honcho job – opens up, you have to make that decision knowing that a political changeover in power can affect that,” he said. “But I suspect that someone of Jessica’s Rich’s values took that job because it was the position where she could effect the most change for the consumer.”

It’s too early to tell what Rich’s leaving means for the commission and its consumer protection bureau, which is tasked with stopping and investigating unfair, deceptive and fraudulent business practices. A successor has yet to be named.

“The FTC has lost some really smart commissioners,” Zaneis said, referring to both Rich and Julie Brill, who resigned in March 2016.

As a strong advocate for "an aggressive, yet responsible FTC," Rich's focus went beyond traditional false and deceptive advertising claims and substantiation matters to the application of the FTC's unfairness jurisdiction to privacy and data security, said Ron Urbach, chairman of Davis & Gilbert LLP.

"We will have to wait and see if the 'new' FTC has the same level of focus and attention to both," Urbach said. "It is likely that the FTC’s focus will return more to its roots and move away from leading edge issues that may reflect policy more than law enforcement."

Although there will “certainly be a void" and changes afoot, "that doesn’t mean there aren’t still good resources there, institutional knowledge and great staff,” Zaneis said.

“But when you lose the highest-ranking, most engaged people on consumer privacy, that means there’s going to be a challenge for the next chairperson," he said. "There will be a remodeling and reshaping of the commission, for sure.”

Since she joined the FTC in 1991, Rich spearheaded policy reports and oversaw workshops on major industry issues, including big data, data brokers, mobile apps and cross-device tracking. She also pushed for the development of rules to protect children’s privacy online.

Rich also made it her business to hire technologists and attorneys with solid tech backgrounds. She created the commission’s Office of Technology Research and Investigations, which conducts independent studies, evaluates new marketing practices and provides guidance to consumers, businesses and policymakers.

Rich was always hyper-aware of the tension between technology and privacy, and that there’s no simple fix. Ticking a box with the appropriate legalese might fulfill a company’s official obligation, but it doesn’t protect the consumer.

The industry is in a “quandary” with disclosures, Rich said in September at an FTC-hosted workshop on privacy policies held in Washington, DC.

“If consumers don’t see a disclosure or if disclosures are confusing or if there are so many disclosures coming at the consumer that it overwhelms that – that is not good,” she said. “In today’s economy, with a dizzying number of ways consumers interact with business online, offline and on multiple devices, ensuring that disclosures are effective is as important as it’s ever been.”