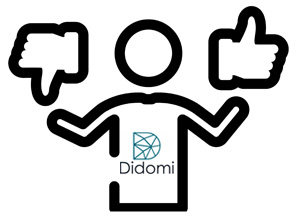 Consent usually gets lumped in with privacy and regulatory compliance.

But it’s about a lot more than that, said Romain Gauthier, CEO of French consent management platform Didomi.

On Tuesday, Didomi closed a 5 million euro (roughly $5.6 million) Series A led by Breega and Bpifrance.

“There is a lot of value in getting a better understanding of your consumers’ preferences beyond your compliance obligations,” Gauthier said. “Consent and preference management is the foundation for brands to manage their customer relationships.”

In other words, there isn’t always a dotted line between getting a consumer’s consent and fulfilling a brand’s KPIs.

A luxury brand’s customers, for example, will probably buy its products regardless of whether they’ve accepted cookies or opted in to receive emails. Forcing people to personalize their experiences might not be the best idea in this case, Gauthier said.

But media and ecommerce companies, on the other hand, could lose half their revenue if they don’t get cookie consent. Consent management is about understanding business priorities, not just snagging the opt-in.

“That’s why we positioned ourselves to be a neutral solution,” he said. “Our goal is to discover the link between consent and business metrics, and we get paid whether the user says yes or no.”

Although there are numerous free or low-cost CMPs on the market, Gauthier argues that the world needs a pure-play SaaS CMP because publishers need a solution that prioritizes consent and preference management rather than treating it as an add-on or a nice-to-have.

“For a company like Quantcast, this isn’t their core business and they make literally no money with their CMP – it’s almost a distraction from their core business,” Gauthier said. “It’s that way for a lot of ad tech companies, which is why large players, like Criteo, haven’t invested or taken this question as seriously as they should. It isn’t a revenue driver.”

But it certainly is top of mind for regulators. Data protection authorities across Europe, including the Commission nationale de l’informatique et des libertés (the CNIL) in Didomi’s home country, have made cookie consent a priority under GDPR.

In early May, Didomi integrated with the new version of IAB Europe’s Transparency and Consent Framework, which will supplant TCF V.1 on Aug. 15.

Although there’s been some question as to whether DPAs will recognize the TCF as robust enough for GDPR compliance, Gauthier says that in the conversations he’s had with regulators they’ve been very open to the concept.

DPAs care about whether the information displayed in consent notices is accurate, whether consent is valid and easy to revoke, and whether the info flowing through consent strings is correct. And they realize that the only way to do this is in an automated, standardized way.

“I don’t see them attacking or negating the work being done on the TCF,” Gauthier said. “I believe they will give feedback on what needs to evolve, but, to be honest, they can’t hope for much better, and from that perspective, they’re pragmatic.”

Previously bootstrapped, Didomi will use its new funding to triple headcount and revenue by the end of the year. Didomi, which has 30 employees today, will hire for its engineering, sales, partnerships and marketing teams.

Product-wise, Didomi is looking to expand its channel coverage from web and mobile to connected TV and, eventually, connected cars, as well as to new sectors, including health and gaming.

Didomi supports both GDPR and CCPA compliance, with plans to add additional regulations as necessary. As of May, its solution is deployed across more than 94,000 websites and apps. Most of its penetration is in European countries, such as France, Spain, Belgium and Croatia. Some funding will also go toward cracking the US market.