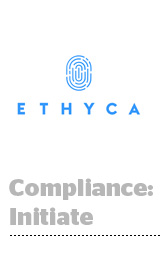 “And many businesses just aren’t ready,” said Cillian Kieran, CEO and founder of Ethyca, a privacy compliance startup that closed its $13.5 million Series A on Thursday.

The round brings Ethyca’s total funding to $20 million since the company raised its seed funding in July 2019.

As a result of the pandemic, some companies put their compliance work to the side so they could focus on what felt like the more pressing issue of, you know, not going out of business. “But what was perhaps a low priority is now high risk,” Kieran said.

He added: “Once enforcement begins [on July 1], I think we’ll see [California Attorney General Xavier Becerra’s] office want to demonstrate that the law has teeth.”

Ethyca has a self-serve platform that aims to automate the compliance process as much as possible. The technology plugs into its client’s existing systems, databases and third-party partners, including ad platforms. Once that’s done, clients can automatically generate compliant data maps, process user consent, honor consumer data rights and deal with “Do Not Sell” requests.

“Most of the compliance products you see out there aren’t actually products, they’re consulting services, and that doesn’t fix the problem of executing rights under the law,” Kieran said.

Ethyca charges a monthly licensing fee based on how many systems a company integrates with. The tech is free for companies with three or fewer partner integrations.

By automating most of the compliance process, companies can spend less time on manual labor and more time grappling with existential topics, such as data ethics and the morality of data use.

“We help with immediate compliance needs,” Kieran said. “And then a year or two into their compliance journey, companies begin to think less about ticking a box and more about building safer, more respectful systems on top of their data.”

In addition to its compliance offering, Ethyca has enterprise developer tools that engineers can use to build systems that are “respectful by design,” Kieran said.

“I can’t be more effusive about the importance of ethics and data – it’s literally the name of our company,” he said. “Ethyca” is a portmanteau of the words “ethics and data.”

Ethyca, which has 18 employees, is planning to use most of its funding round on hiring for 10 new roles across engineering, security and machine learning.

Its platform covers GDPR and CCPA compliance, as well as other regional laws that are on the way, including Brazil’s GDPR-like LGPD (Lei Geral de Proteção de Dados Pessoais), which was set to come into effect in August, but could be delayed due to COVID-19.