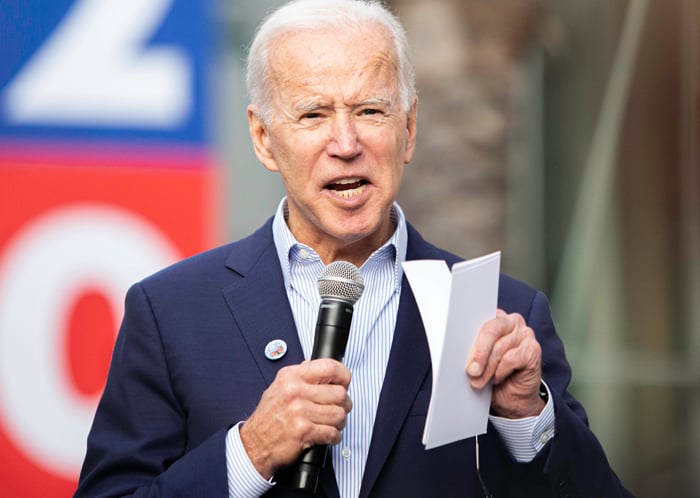 Soon-to-be-president Joe Biden has a full plate, from ramping up COVID-19 vaccine distribution and dealing with the economy to addressing the stark polarization of the Trump years.

So, don’t expect much movement on privacy and consumer protection during the first 100 days.

But both are top priorities for the incoming administration. And there’s appetite for action on both sides of the aisle and in the mainstream.

“Big tech has fallen out of favor with politicians and the masses due to the political climate,” said Bryan Karas, CEO and founder of performance agency Playbook Media. “Any issue that diminishes their power in the name of returning it to individuals is seen as favorable.”

Putting aside the nuances, Senate Republicans are mainly fixated on getting rid of social platform immunity for third-party content under Section 230 and Democrats are more focused on data collection practices, Farina said.

Still, the momentum upon which to build, is there.

Incoming VP Kamala Harris has a strong record of fighting for consumer privacy, both when she served as California’s attorney general and while she was in the Senate.

Democrats in the House and a number of highly placed Republicans in both branches have been vocal about their interest in national privacy legislation, said Dan Jaffe, group EVP for government relations at the Association of National Advertisers.

And both parties are working on fleshing out bills.

It would be a long road, but Jon Ossoff’s recent victory in the Georgia election runoff, which gave Democrats a narrow majority in the Senate and control of all three branches of government, greases the wheels.

Democratic control of the Senate has also propelled Sen. Maria Cantwell (D-WA) from ranking member to leader of the Senate Commerce Committee, Jaffe pointed out. Cantwell, an advocate of federal privacy legislation, was the main sponsor of a Senate bill in late 2019 that aimed to serve as the framework for a national privacy law.

The Federal Trade Commission – the federal agency that would be in charge of administering an eventual national privacy law – is also riding that train.

These companies have until the end of January to turn over detailed information about how they use consumer data.

Biden’s FTC will continue shining that spotlight into the corners of the tech ecosystem, and possibly with more teeth than it’s had in the past.

Democrats have long been supportive of strengthening the FTC’s enforcement powers. A Democrat-led Senate “will push the commission to be aggressive in regard to advertising regulation and a robust use of its antitrust authority,” Jaffe said.

Right now, the FTC has a Republican majority led by Republican Chairman Joe Simons. But Biden can appoint a new FTC chairman and a new Democrat commissioner to fill the role being vacated shortly by Rohit Chopra, who’s been elevated to a new position as director of the Consumer Financial Protection Bureau.

The Biden administration inherits two federal antitrust lawsuits that have big tech in the crosshairs, one brought by the FTC against Facebook and another by the Department of Justice aimed at Google.

Not to mention three state-based antitrust cases – two for Google and one for Facebook. There’s no reason the lawsuits won’t continue to expand and possibly multiply under Biden’s watch.

There won’t be a resumption of the cushy relationship between big tech and DC during the Obama years.

Despite fear that some potential Biden appointees might have a soft spot for big tech, antitrust is one of the few batons the Biden administration is likely to pick up and run with from the Trump era – and then perhaps take a step further.

At the very least, though, the next four years won’t be cozy for the tech industry.

“Biden is expected to crack down on anticompetitive practices,” Bharwani said. “[And] future antitrust regulators will exercise severe scrutiny of prospective mergers and acquisitions by major tech and social platforms.”