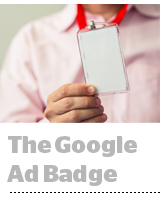 Google will require advertisers to submit personal identification or business documents that prove who they are and what country they operate in, the company announced on Thursday.

The process will start in the United States and then expand globally, but it will take a few years before the new business verification program is complete, according to a blog post by John Canfield, Google’s director of product management for ads integrity.

The new Google advertiser identification standards are actually an expansion of the political ad transparency policy Google enacted in 2018. To stave off potential regulatory action, Google and Facebook started asking political advertisers for government-issued IDs and documentation for the organization that paid for the ad, similar to the information political advertisers must submit to buy TV ad campaigns.

Google is extending its political transparency policy to all advertisers because it’s important data for users. Google has created new user controls for the Chrome browser and Google accounts so people block certain advertisers or understand why they’re being targeted.

Facebook made a similar change last year, when it started listing all ads on the platform in its searchable advertising archive, which previously had just been for political and advocacy ads.

“This change will make it easier for people to understand who the advertiser is behind the ads they see from Google and help them make more informed decisions when using our advertising controls,” Canfield wrote in the announcement.

And political advertising doesn’t have a monopoly on bad actors. “[The new program] will also help support the health of the digital advertising ecosystem by detecting bad actors and limiting their attempts to misrepresent themselves,” Canfield wrote.