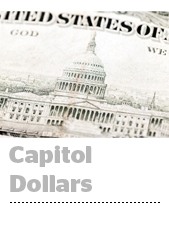 Political advertising in the United States from 2019 through 2020 will total $6.9 billion, up 63.3% from the last presidential cycle, according to eMarketer’s first political spending forecast published on Wednesday.

If electoral budgets do play out as eMarketer forecasts, it will show the enduring hold TV has in the political media world. Television will add a little more than $1 billion and will grow its share of overall political advertising from 59.2% to 66%. Digital advertising is forecasted to total $1.3 billion.

Political advertisers’ aversion to risk keeps budgets in tried-and-true channels. Television is an outsize piece of their media mix. And even within digital, Google and Facebook are forecasted to account for 77.6% of total political spend, compared to 60.8% for the general market.

“From September to November in particular we see political advertisers crowding out other advertisers on TV and affecting the dynamics in a way that we and our clients need to be cognizant of,” Haggstrom said.

The same dynamic applies to Facebook, where acquisition costs and rates for certain geographies and audience demos this year will dramatically increase, he said. EMarketer forecasts Facebook to take 59.4% of digital political advertising, while Google is a relative laggard at 18.2%.

The 2020 election will be a monster for advertising, even more than previous pumped-up cycles, he said. The 2018 midterm cycle saw more fundraising and advertising than the 2016 presidential election, breaking the well-established trend where spend jumps up every four years but dips in between.

And the wild card this year isn’t a particular walled garden or emerging channels like OTT and streaming audio. It’s Michael Bloomberg’s campaign.

The Bloomberg campaign has outspent the rest of the Democratic field and President Trump’s reelection campaign combined on both TV and digital media, Haggstrom said. And that was true before last week, when he promised to double his current advertising.

Forecasting political spend this year could come down to tracking Bloomberg’s expenditures, he said. “Any shift in strategy he does will change the market.”