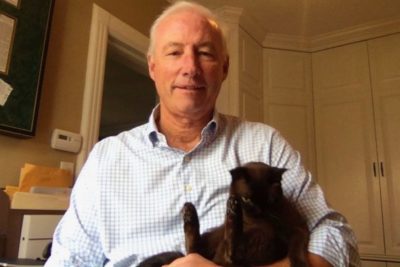 When Rubicon Project and Telaria announced their merger in December, the coronavirus was only just beginning to raise flags in Wuhan, China.

Three months later, the deal is officially done – the merger closed on Wednesday – and Michael Barrett, CEO of the combined entity, is adjusting plans for the integration and product road map.

The companies will operate separately for longer than originally planned, Michael said, in part because the teams are working remotely, which has become the new norm across the country. In light of the economic uncertainty, Rubicon and Telaria will be judicious about how they spend money, although Michael says he’s encouraged by the $140 million they have in cash and a line of credit – both important measures of liquidity as ad tech overall prepares to face a cash crunch.

From his home in Westchester, New York, where he’s sheltering with his wife, three kids, cat and dog, Michael talked with AdExchanger about the merger’s close and the changes he foresees in the year ahead.