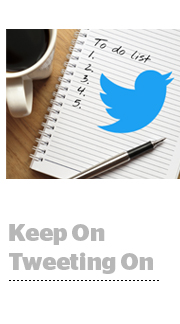 2018 was a pretty good year for Twitter, all things considered.

Users are growing, if you don’t look at monthly active users (MAUs). Twitter is starting to get a handle on harassment, with machine learning models proactively identifying 38% of the abusive tweets taken down every week. And the platform has been profitable for four sequential quarters.

The goal now is to maintain that momentum through 2019, Twitter CFO Ned Segal said Monday at the company’s annual shareholder meeting.

That means continuing to focus on its closely intertwined investment priorities: health, encouraging conversation and jamming on revenue products.

If people feel comfortable conversing on Twitter, which isn’t always the friendliest place for discourse, they’ll chat more, visit more and, ideally, serve as the engaged audience Twitter hopes will attract more advertisers to buy ads and partake in organic conversations themselves.

But not all growth is valuable to advertisers, or at least that’s the argument Twitter is going with.

Starting next quarter, Twitter will no longer share its MAU number in favor of its own metric called mDAU, or monetizable daily active users, which reflects how many people actually see ads.

“We think this is the best way to measure our ability to drive usage of Twitter as a daily utility,” Segal said.

“When we look at the steady growth we’ve demonstrated, we’re pleased with the progress we made, but we also know there is a lot of hard work ahead of us to deliver Twitter to the rest of the world that doesn’t yet use the service,” Segal said.

In the meantime, Twitter is positioning itself as a good deal for advertisers, at least compared to the competition. In quarters past, Segal often noted that Twitter remains more demand-constrained than it is supply-constrained, which means advertisers aren’t spending as much as they could be, but also that the inventory’s a bargain.

CEO Jack Dorsey specifically called out the lower prices that advertisers can get, at least for now, when they use Twitter’s ad products.

“We’re driving better ROI for advertisers,” Dorsey declared, “and getting positive feedback from advertisers and agencies as we deliver value and have a growing and engaged audience.”