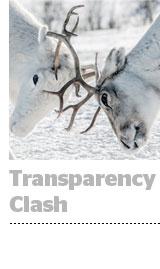 The Trade Desk and Google are locking horns on pending industry specifications designed to bring transparency to programmatic buying.

The Trade Desk, rather than Google, is the one throwing its weight around for a change.

As one of the originators of the Open RTB SupplyChain object spec, The Trade Desk has been gunning to push it through so it can start to protect its buyers in time for Q4.

But Google is concerned that its strategically important product, exchange bidding, is being unfairly lumped in with the “intermediaries,” a group that includes nefarious resellers and other bad actors.

According to sources involved in the discussions, Google worries that if exchange bidding is categorized as an intermediary who takes an extra financial cut out of transactions, some buyers will stop using it. Instead, they may route more spend to competitor Prebid, the open source wrapper which will be classified as “direct.”

The ultimate fear is that Trade Desk and others would stop buying through exchange bidding completely.

Caught in the middle

The problem is that Google exchange bidding technically is an intermediary, as defined by IAB Tech Lab specs sellers.json and SupplyChain Object. Sellers.json identifies a player as either direct or as an intermediary in a transaction, while SupplyChain Object identifies “hops” in which a player, such as exchange bidding, is a financial participant that takes a cut or where it simply passes through the impression (like Prebid).

Exchange bidding handles payments to publishers, takes a 5% fee on transactions – and is taking a higher 10% out of app and video exchange bidding transactions now that its testing period is over. The payment model and fees technically do make it a middleman.

The specs aren’t designed just to root out fraud, but help buyers understand where their money is going. They are designed to bring “transparency to buyers and everyone else in the supply chain [and] help uncover fraudulent sellers,” said Sam Tingleff, CTO of the IAB Tech Lab.

Publicly, Google insists it’s “premature” to assume that exchange bidding will be classified as an intermediary. The specs are incomplete, points out Scott Spencer, Google’s director of product management.

But one reason the transparency specs are incomplete is because Google required that caveat in order to get a “yes” vote. Before the current standard was passed and ratified on June 28, Google added the condition that the category of “intermediary” would have to be further delineated.

“We think it would be important for buyers to understand all intermediaries,” Spencer said.

To be fair, Google wants to add these flags to account for the nuances between players who take a financial cut of transactions and those that don’t – which even opponents realize as valid.

Spencer said that Google does support the specs: “In general, we are for more transparency. It helps buyers make more informed decisions.”

The Trade Desk vs. Google

Throughout this technical debate, the Trade Desk and Google have stood at opposite ends.

The Trade Desk applied pressure to pass and ratify versions of the specs that classified Google as an intermediary, because it wanted to untangle different supply paths in time for the uptick of activity that always happens during the fourth quarter, sources said.

Google obviously doesn’t want to be labeled that way, but there’s another reason Google may not like the way the code is tailored. Although Google was a champion of early transparency spec Ads.txt, The Trade Desk contributed the code for SupplyChain Object.

“The vote was existentially important to the industry,” said Rubicon Project CTO Tom Kershaw. “Had it not been approved, we would not have transparency signaling until next year.”

He argues that the standard shouldn’t be controversial: “The fact that we are having a debate about whether or not we should tell the truth about what we are buying and selling is strange.”

But SpotX Chief Scientist Neal Richter expected this crossing of swords. “This is one of the first times we’ve worked on a spec that is attempting to model how the money flows,” he said. And money is always a touchy area.

History shows there’s reason for Google to worry about how it’s classified according to these specs.

When the transparency spec Ads.txt was implemented, many buyers and publishers cut off reseller paths and only used direct paths to supply. The standard (which Google championed) severely hurt companies that weren’t given a “direct” designation. Google was safe, because its exchange bidding path was classified as direct under Ads.txt.

Soon, DSPs turned off non-compliant inventory by default and made decisions on behalf of all their buyers. On The Trade Desk and Google Display & Video 360, for example, buyers can no longer purchase inventory that isn’t an Ads.txt-compliant path. MediaMath implemented a “two hops” policy that cut out additional resellers on behalf of its customers.

Should buyers choose not to buy though intermediaries that shave off a percentage of ad spend – a category that currently includes exchange bidding – the product would undoubtedly suffer.

It’s worth pointing out that that The Trade Desk and Google are fiercely competitive, which added an extra layer of meaning to their disagreements, according to those who observed the discussions.

Is The Trade Desk’s focus on this technicality a power play – or is an independent ad tech leader simply using its power to hold Google to the same standards as everyone else?

The first point of view is that the standard is only designed to identify fraud and resellers that are the worst-of-the-worst. If that’s the case, The Trade Desk is unfairly trying to force Google exchange bidding into the “intermediary” category, since it runs one of the cleanest exchanges out there.

But the opposing point of view is that The Trade Desk is merely keeping Google in check, forcing it to play by the same rules as the rest of the industry. Buyers deserve to know where they’re spending their money, the fees that are charged and to have the choice to reroute that spend, if possible.

“Exchange bidding paths have been masquerading as direct integrations for about a year, and the buy side is starting to challenge that,” observed Chris Kane, founder of consultancy Jounce Media.

Privately, many smaller independent ad tech firms applauded The Trade Desk’s efforts to ensure proper categorization of Google exchange bidding. It’s one of the only independents big enough to do so.

“When I hear Google complain about how unfair the world is, that’s laughable,” said one senior ad tech executive. “The advantages they’ve had for 15 years have not even evaporated yet, and they are already claiming victim.”

Another senior ad tech executive worried that Google would try to circumvent its designation: “I don’t think anyone should be above the law, [and] I hope Google adheres to these standards.”

With the full standard still in flux, only a handful of ad tech firms, including PubMatic, have put out sellers.json files, and it’s still unclear how buyers will use the information from sellers.json and SupplyChain Object, should exchange bidding be categorized as an intermediary.

Other exchanges predicted a neutral result, since buyers will be able to access the same inventory (minus exchange bidding’s fee) through Prebid. Lopping off exchange bidding would merely cut out a duplicative path, they said, which buyers would appreciate.

In the long term, highlighting the difference between Prebid and exchange bidding does give Prebid a small edge and helps ensure there remains a non-Google controlled path to a publisher. And buyers can clearly see that one path takes no fee – which is especially important since exchange bidding raised video and app fees to 10% after it exited its beta period.

“This is about creating more transparency for people that want to understand the path to inventory,” said Amar Goel, founder and chief growth officer at PubMatic. “This will get rid of the companies all of us think should not be in the ecosystem – [and] then, buyers can look at things like the fact that exchange bidding has fees and Prebid doesn’t.”