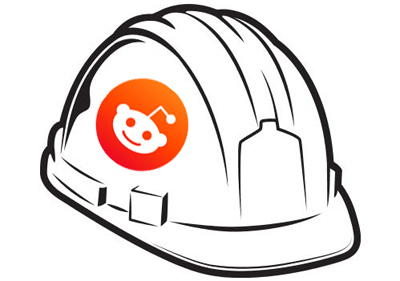 Reddit has introduced tiered inventory categories – standard, expanded and limited – so that advertisers can choose the level of brand safety they’re comfortable with.

Brand safety has become a newly hot topic this year given the ongoing pandemic, upcoming election and general societal strife.

But the focus on brand safety isn’t anything new. Advertisers have always cared about brand safety and suitability, she said. The current environment is just heightening their concern and desire for control and flexibility.

Dealing with ad adjacency on platforms with a lot of user-generated, social content poses a unique brand safety challenge. UGC (user generated content) is fast-moving and difficult to moderate. Reddit, which has more than 130,000 active communities and sees more than 8,000 interactions on its platform every minute, is well aware of this.

“UGC is a space that moves very quickly,” Wong said.

In 2019, Reddit started applying third-party contextual technology on top of its feed through a partnership with Oracle Data Cloud so that advertisers could get a better sense of the type of content their campaigns are running against.

The new inventory tiers, which were in beta for the last couple of months, are meant to provide an extra layer of comfort.

“There is a tradeoff there in terms of volume,” Wong said.

And finally, for less risk averse (read: performance) advertisers, Reddit will offer an expanded inventory tier that provides access to up to 20% more communities for targeting. This setting is the default for all self-serve advertisers, but those using Reddit’s managed service can also apply the setting to their campaigns.

How does all of this play out in practice? The use of profanity is a good example.

Standard inventory might include communities where there’s a mild or light use of profanity within a subreddit’s posts or comments, while expanded inventory might allow for cussing in posts or a swear word in the title. Limited inventory would only allow for campaign adjacency to posts with very minimal profanity that’s considered contextually appropriate to the content, as within comedy or art.

Wong is quick to note that regardless of the tier, Reddit applies its community and campaign moderation standards and policies to all of the content on its platform.

According to Wong, most advertisers are fine buying against Reddit’s standard inventory option. Reddit expects that the expanded inventory tier will be second most popular, followed by limited inventory tier for those that want a third-party overlay.

Then again, advertisers will likely apply different brand safety tiers depending on their campaign objectives.

The same advertiser running a brand campaign to generate awareness using the limited setting one month might well want to move into the expanded inventory tier for a performance campaign with app installs as the KPI the following month.

“We’re doing this in the spirit of choice,” Wong said. “Our philosophy has always been to give users, and that includes advertisers, as much choice as possible on the platform.”