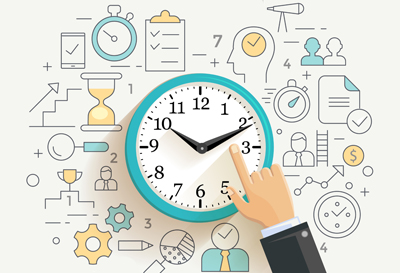 Although the Department of Justice never comments publicly on pending litigation, leaks from sources in-the-know suggest an antitrust case against Google could come as soon as the end of this month.

But there are many different ways this could go down.

It’s been roughly one year since the DOJ began its investigation. Here’s a breakdown of different scenarios that could play out as the Justice Department pursues antitrust charges against Google.

Career politicians and prosecutors are strongly motivated to pursue cases that give them the best chance of getting reelected, reappointed and/or that win them political points.

A high-profile anticompetition case against Google would fit that bill – literally.

With the US presidential election less than two months away, Attorney General Bill Barr is reportedly pushing for quick action despite entreaties from lawyers involved in the case to slow down and gather more evidence before pulling the trigger.

But if the DOJ does bring a case prematurely, that might trigger Google to make proactive concessions in an effort to avoid a lengthy, reputation-damaging trial.

Don’t expect Google to divest DoubleClick, but it’s possible that Google might offer to open YouTube to third-party DSPs, for example, or make some other conciliatory move.

Even if those potential concessions prove to be an insufficient remedy to alleged antitrust violations, they could be the leverage Google needs to get a settlement.

“Google should settle with the government and focus on high-potential new products, like Custom Bidding, an innovation for advertisers with incrementality or persuasion goals,” Adam Heimlich, CEO of data science consultancy Chalice, told AdExchanger.

Heimlich testified in front of a Senate antitrust subcommittee hearing on Tuesday examining Google’s dominance in the online ad industry.

“Microsoft became a better company when it shifted focus to arenas where it could win a fair fight,” he said. “I think that pattern will hold for Google, and the sweet spot for them is buy-side tech for data-driven advertisers.”

The DOJ’s investigation isn’t the only one Google has to worry about, however.

Since September of last year, a coalition of 48 states, the District of Columbia and Puerto Rico, led by Texas AG Ken Paxton, has been running separate but parallel investigations into whether Google has engaged in anticompetitive behavior in the online advertising and search markets.

Although Bloomberg reports that around a dozen mostly Republican states could throw their weight behind the Department of Justice’s suit, certain Democratic states want more time to build their cases and could bring their own suits down the line.

There’s also said to be some internal sparring within the DOJ about whether the scope of its case should include both online advertising and search violations, or whether it should focus on one or the other.

And so here’s one more scenario: It’s also possible that we’ll see a series of cases brought in succession scrutinizing different aspects of Google’s business, rather than one massive mega suit.

That’s how the European anticompetition authorities have been dealing with the Google problem over the course of a decade.

The EU has launched three antitrust investigations into Google since 2010: one related to Google Shopping, a second into Google’s online ad practices via AdSense and a third probing the Android operating system.

The AdSense and Android cases resulted in guilty verdicts and more than 8 billion euros in fines.