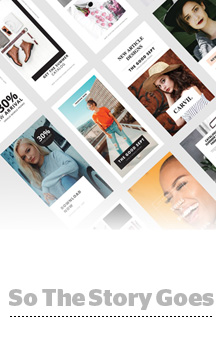 Snap may have invented the Stories format, but Instagram Stories are attracting most of the ad spend.

The two main reasons why sits at the heart of an existential dilemma for Snap: its audience and its scale. Snap’s youthful users are one of the platform’s primary selling points at the same time they’re a potential turnoff to advertisers looking for mass reach or direct response.

Expanding beyond its core Gen Z/millennial user base, however, as Snap CEO Evan Spiegel is aiming to do, has the potential to muddy the platform’s specialness, which is its access to a coveted younger demo.

Lesley Parks, a senior strategist at the agency Possible, said she hasn’t run a Snap campaign for any of the accounts she works on “for quite a while.”

“It’s because I’m not trying to capture the Gen Z consumer,” Parks said. “If our partners want to drive actions, Snap just isn’t where they go with their media planning.”

But for advertisers interested in experimenting with Stories, Instagram nearly always makes the plan, said Noah Mallin, managing partner and head of experience for content and partnerships at WPP agency Wavemaker North America.

“Instagram has the scale and we’re seeing higher viewability, better view-through rates and more completions with Stories than we are with the Instagram feed, even,” Mallin said. “If you’re trying to get engagement and you want scale, Instagram Stories is the place you want to be right now.”

Instagram Stories hit 400 million daily active users in June – more than double Snap’s entire user base – and Stories account for 25% of all ads across Instagram, according to Marin Software’s digital advertising benchmarking report for the third quarter.

Andy LaFond, executive media director at R/GA Chicago, said he and his team haven’t received many inquiries about Facebook Stories and the agency hasn’t bought any yet. “But you don’t have to spend a lot of money on a particular placement to test it across placements and platforms pretty seamlessly,” LaFond said, “and that would make it easy for us to include Stories in our Facebook buys.”

Instagram and Facebook are also reaping the benefits of the path Snap paved for vertical video. When Snap first launched Stories in 2013, it was an uphill battle convincing advertisers to create vertical content specifically for its platform. Now, most advertisers are comfortable with vertical, which is a victory for Snap – and for its fiercest competitors.

But Snap has the competition beat on price. At $2.60, CPMs are significantly cheaper on Snap compared with Instagram ($4.11) and Facebook ($4.92), according to 4C data for the third quarter.

Snap told investors in August that the drop in its inventory prices is helping the company prove ROI for advertisers. Snap’s CPMs fell by 7% quarter over quarter and by around 52% year over year.

Then again, lower CPMs are relative depending on an advertiser’s goals. Snap and Twitter, where the CPMs are lower, come in handy for additional frequency, but Instagram and Facebook are still the biggest drivers for clients when reach and viewability are important, LaFond said.

“We don’t just look at what we buy on a CPM basis, we look at viewable CPMs, and if you do that there’s a case for putting the bulk of your campaign budget into Instagram and Facebook relative to other platforms,” LaFond said. “That’s where you’re getting a more guaranteed viewability rate.”

Advertisers appear more than willing to shell out for value, whether real or perceived.

CPMs for Instagram Stories ads increased 38% in August as compared to January, while spend shot up 104% over the same time period, based on 4C’s research.

The rapid increase in Instagram CPMs for Stories ads suggests that advertisers “are seeing value from the ad unit and [are] willing to pay a higher margin,” said 4C CMO Aaron Goldman.