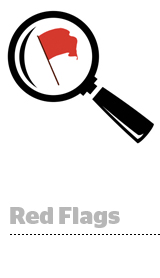 The changes that Facebook is making in response to its ongoing Russia-linked ads predicament will impact every advertiser on the platform, not just political advertisers.

For one, Facebook’s effort to introduce more transparency into political advertising could start bubbling up information that brands can use as competitive intel to track trends and make suppositions about another company’s Facebook targeting strategy.

Facebook recently announced that it’s working on a tool to let users to see a list of all the ads running on a page, even if the ads aren’t targeting those users, meaning that any advertiser can easily see all of its competitors’ creative in one place.

“It could be a way to learn from others and the way they’re advertising,” said Facebook marketing consultant Jon Loomer. “And it could open up a lot of possibilities in terms of getting a quicker and better understanding of what competitors are doing and what may or may not be working for them.”

Second, advertisers that try to target a potentially sensitive interest category will see their ads automatically flagged, regardless of the ad creative or the campaign.

Facebook confirmed with AdExchanger that any ad containing “certain types of targeting,” particularly “social issues or political interests,” will automatically be sent for additional human review.

Although it’s still investing in machine learning tools to flag and remove offensive ads, Facebook is going to try to play it safe for now. Facebook’s overreliance on automation was largely responsible for its Russian headache. Facebook said Monday that it’s planning to add 1,000 people to its global ads review team.

This change won’t impact advertisers that use their own CRM data through Custom Audiences, and advertisers will still be able to use noncontroversial interest-based segments.

For run-of-the-mill advertisers caught up in Facebook’s dragnet, however, the approval process is about to get longer. A human review will almost certainly prolong the time it takes to get a campaign live on Facebook, which hasn’t indicated how long the manual review process will take.

But as long as the turnover time isn’t too crazy, most advertisers should be okay with it, Loomer said. “It’s like a longer security line at the airport,” he said. “If this is the price we have to pay so people don’t meddle in our elections, as long as it’s reasonable, so be it. But until we actually see how it’s executed, we don’t know if this is going to take an extra 20 or 30 minutes or if it’s going to take an extra day. If it takes too long to do something that used to be automatic, people are going to freak out.”

And Facebook has its work cut out. Manual review is a marathon, not a sprint. Hearts & Science knows from experience, said CEO Scott Hagedorn.

The Omnicom agency recently engaged in a sweeping manual review effort of simulated campaigns on YouTube to see for itself whether the platform’s brand safety filters and targeting criteria were working. It took the entire agency across all offices to complete the review, which added up to thousands of man hours – and that was just for two clients.

The scalability of manual review on platforms like YouTube or Facebook, where targeting criteria can crop up at the behest of an algorithm, is a challenge, Hagedorn said.

“Targeting criteria almost has to be flagged as questionable before they can be found,” he said. “It’s fluid.”

Regardless, introducing more humans into the review process on Facebook shouldn’t have “a material impact” on how an agency works with the platform, one top media exec told AdExchanger.

“There tends to be a ramp time between pushing go and delivering fully,” the exec said. “I also anticipate it will be a faster turnaround than direct IO buying with publishers.”

While some interest-based targeting, like reaching someone who’s interested in “how to burn Jews,” is valueless to a reputable advertiser, one of Facebook’s main value propositions is the granularity and variety of its targeting capabilities.

If it starts to pull back, will advertisers rebel?

“It is possible that advertisers who cannot scale at positive ROI without these additional options will move spend to other channels that allow more transparent and granular targeting,” said Jai Jaisimha, CEO and founder of Appnique, an audience targeting and analytics platform. “As recent announcements from Pinterest around the expanded Taste Graph show, advertisers are demanding and getting more granularity from advertising partners.”

And interest targeting aside, what really matters most is the message.

“Getting rid of some interest targeting doesn’t change anything if we’re talking about an election, because people can still get their ads out there by blanketing everyone in a certain state or region,” he said. “The first question should be ‘Is that message allowed?’ and then we should ask ‘How are you reaching these people?’”