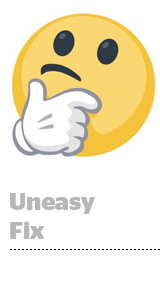 She outlined updates meant to address that discomfort.

First, Facebook intends to give advertisers more control over where their ads are running by tightening guidelines on the type of content that can be monetized on Facebook.

Creators and publishers will need to demonstrate what Nick Grudin, Facebook’s VP of media partnerships, referred to in separate blog post Wednesday as “an authentic, established presence” on Facebook before they’re cleared to make money through advertising.

In addition, they’ll need a sufficient number of followers (at least 2,000) and have had a profile or Page on Facebook for at least 30 days.

In the coming months, Facebook will also start giving brands post-campaign reporting that lists the publishers where their ads ran across Audience Network, Instant Articles and in-stream.

The lack of transparency across Audience Network has been a particular sticking point with certain buy-side heavy hitters. GroupM, for example, has been advising clients to opt out of Audience Network because placement lists didn’t provide enough information.

On the viewability front, Facebook is adding more third-party verification partners to its existing roster. DoubleVerify and Meetrics will join Moat, Integral Ad Science and comScore.

Everson acknowledged that “when it comes to verifying ad performance, Facebook has been accused of ‘grading our own homework.’”

She shared an update on Facebook’s ongoing audit process with the Media Rating Council, which is expected to be completed within the next 18 months, somewhat past P&G Chief Brand Officer Marc Pritchard’s stated end-of-the-year deadline.

The first, an audit of Facebook’s first-party served ad impression reporting, is underway and nearing completion, while step two, an audit of the data Facebook shares with its viewability partners, kicked off in August.

The third part, which hasn’t started, will enable Facebook to launch a two-second video buying option – in other words, the ability to buy video on Facebook based on the industry-accepted standard for video viewability of 50% of pixels in view for a minimum of two continuous seconds.

The past year has been a drumbeat of awkward and sensitive headaches for Facebook, which has come under fire for everything from miscalculated metrics to overestimating its reach and running ads bought by Russian trolls during the US presidential election.

In reaction, critics have been demanding more transparency and third-party measurement on Facebook and for the walled gardens in general.

“Advertisers are extremely receptive to proactive steps like this, making sure their investments are spent safely and effectively,” said Jason Beckerman, CEO and co-founder of social marketing platform Unified. “We can expect Facebook, and everyone in the advertising space, to continue the trend of transparency and quality assurance for advertisers.”