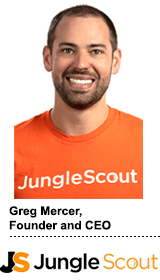 Amazon-selling platform Jungle Scout has clinched $110 million to expand. And it’s already applied those funds toward an acquisition: the ad tech startup Downstream Impact, which helps brands and entrepreneurs optimize their ecommerce businesses.

Terms of the deal were not disclosed, though Downstream’s 11 employees joined the Jungle Scout team on Tuesday. The funding will also be used to scale Jungle Scout’s advertising and ecommerce brand management capabilities.

The capital funding, announced on Thursday, was also used to extend Jungle Scout’s SaaS platform to support Walmart, which – along with other retail companies like Instacart and Walgreens – is growing its ad business.

“That work’s already in flight and we’re expecting to release that in a couple of months,” Jungle Scout CEO Greg Mercer said of Walmart, though he did not say which other companies Jungle Scout might extend its platform with. “Long term, the mission is to be a very much holistic product end solution for these sellers. So, wherever our sellers and brands are selling their products, we plan, long term, on helping them there.”

The Austin, TX-based company’s capital raise was led by Summit Partners and Mercer.

Jungle Scout was founded in 2015 by Mercer – a former Amazon seller who originally built Jungle Scout as a Chrome extension to automate the process of finding products to sell on Amazon – and now supports more than $8 billion in annual Amazon revenue.

Mercer told AdExchanger that the company had been looking to pick up an ad tech company and expand to other marketplaces.

“After we planned that all out and looked at the resources that would be required to do so, it made sense to raise some money to help expedite that,” Mercer said.

Seattle-based Downstream Impact – which manages more than $250 million per year in Amazon advertising spend for brands, including HP and Bic – gives Jungle Scout more data-driven insights to help its clients be more competitive in ecommerce.

Downstream’s automation optimizes campaigns to be more competitive on Amazon – primarily on the paid search platform Amazon Marketing Services, which accounts for the lion’s share of Amazon’s ad revenue. Downstream was founded in 2017 by former Amazon employees Connor Folley and Salim Hamed amid a surge in advertising on Amazon. In 2018, it raised nearly $2 million in seed funding.

Retail advertising on Amazon and Walmart is incredibly challenging, Mercer and Folley said.

“Advertising on an ecommerce platform requires that you account for so many different dynamics, from inventory to pricing, other third-party sellers, ratings, reviews, etc,” Folley said.

Jungle Scout is now working to integrate Downstream, Mercer said, though it will offer Downstream’s optimization capabilities even before the full integration.

Following the ecom boom caused by the pandemic, Jungle Scout is in growth mode. The company has 200 employees and Mercer said it has grown roughly 50% YoY. In 2018, it acquired Forecastly, a predictive analytics and demand forecasting tool for Amazon sellers.

According to Amazon, advertising is its fastest-growing business, representing nearly $21.5 billion in annual revenue in 2020, a 66% year-over-year increase.