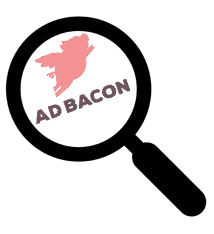 Some media buyers report feeling a niggling sense of FOMO when they try to use Facebook Ads Manager to target their ads on Facebook and Instagram.

“Everyone I talk to has the sense that they’re missing out on something, that something feels … hidden,” said Ty Martin, a former iCrossing search and digital media executive and now CEO and founder of Ad Bacon, a startup that develops tools to help agencies boost their SEM and paid social performance.

If advertisers feel that they’re missing something in Ads Manager, perhaps it’s because they are.

Facebook’s default targeting options are “too broad and don’t help home in on who you’re looking for,” said Shamsul Chowdhury, VP of paid social at digital marketing firm Jellyfish.

“Pair that with the time it takes to find the right audience, [and] the exercise just becomes cumbersome and extremely time consuming,” Chowdhury said.

On Tuesday, Ad Bacon released a discovery tool called Audience Kitchen that helps advertisers identify a wider selection of Facebook audiences that don’t surface when searching via Facebook’s own UI.

The results of a search in Ads Manager for “pet supplies,” for example, doesn’t bring up the highly relevant “dog lovers” segment. And a search for “snacks” using Ads Manager brings up 25 results, but there are a lot of other potential – and available – segments hidden from view. The same search in Audience Kitchen brings back 401 results, including one segment of 13 million people interested in “convenience food.”

Ad Bacon offers better search results through an integration with the Facebook API in tandem with its own AI-powered recommendation algorithm.

One possible reason Facebook only shows a selection of segments in its UI is because it’s trying to keep its interface as simple – and the buying process as automated – as possible for the millions of small business advertisers that just want a no fuss, no muss way to target their campaigns.

“It’s a tradeoff between simplicity and opportunity,” Martin said. “I believe Facebook is making choices that are very similar to Google in recent years, which is to cater to the least-experienced advertisers so there’s nothing in the interface to distract you from quickly setting up a campaign and pressing the button.”

But more sophisticated advertisers want more control over campaign setup, or at least to have the peace of mind that they’ve explored all of the viable targeting options before launching a campaign.

For example, competitor conquesting on Facebook and Instagram can be quite challenging for brands with large followings, such as Nike and Adidas, Chowdhury said.

But Jellyfish has been using Audience Kitchen to drill down into more specific segments, like “Nike Running” and “Adidas Running,” and into other related but more granular audiences, like “Altra Running” and runner-focused communities.

“These niche audiences help us avoid the millions of general Nike and Adidas fans and focus on the interests and communities of people most relevant to our clients,” Chowdhury said.

“But if advertisers have experience and can use adjacent AI technology to expand their horizons, they don’t have to basically pay Facebook’s algorithm to learn,” Martin said.

Audience Kitchen is available as a freemium model, with the first handful of audience results visible for free and the rest behind a paywall with different pricing for sole practitioners and for teams.