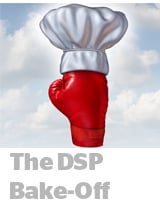 Walmart Media Group (WMG), the retailer’s advertising business, is running a bake-off between Xandr and The Trade Desk to be its DSP partner for off-site advertising.

Xandr and The Trade Desk each supported sponsored product campaigns for Walmart in Q4 last year, with the goal to drive site traffic at the lowest cost per click (CPC), according to sources with knowledge of the bake-off.

Each vendor’s campaign results were moved to LiveRamp at the end of 2019, and it’s unclear when a winner will be determined.

Walmart declined to comment, as did The Trade Desk and Xandr.

WMG has brought much of its digital advertising supply chain under its own roof, including a deal to acquire the SSP Polymorph Labs and the in-housing of shopper marketing services previously handled by Triad.

However, WMG doesn’t yet have a preferred DSP to help its merchants and other prospective advertisers deliver ads to Walmart and Walmart.com shoppers when they are on other websites.

The bake-off will decide which company will fill that role in its offering, as WMG tries to apply Walmart shopper data to outside programmatic media. The strategy is similar to Amazon’s plan for Sizmek when it acquired the ad server business last year, according to sources.

In this two-sided bake-off, a win for The Trade Desk would be a coup, since Walmart is a longtime brand client of the Xandr Invest demand-side platform (previously the AppNexus DSP). And on the sell-side, Xandr’s Monetize platform also supports WMG’s owned and operated media. Although Walmart’s acquisition of Polymorph means it will claim some of the business that might otherwise have gone to Xandr Monetize, according to a source.

The bake-off also speaks to a recent trend in the DSP category, where The Trade Desk has made a practice of forcing and winning RFPs for prospective clients by leveraging its scale to outperform on basic performance indicators like clicks or conversions, according to multiple DSPs and programmatic consultants.

The Trade Desk doesn’t leverage its scale in the old-fashioned media sense (i.e. agencies extracting better ad rates based on their aggregate spending power). Rather, in the programmatic ecosystem, an advantage can come through ingestion of more bidstream data signals.

Most DSPs see only a minority of SSP bid requests. It’s expensive to ingest and store billions of data signals, so SSPs and DSPs have filtering arrangements to only process a pre-determined percentage of impressions. However, The Trade Desk has the buying power with SSPs to leapfrog this filtering logic, and can support higher infrastructure costs to house that data.

Meanwhile the Xandr DSP boasts premium integrations with AT&T’s WarnerMedia properties, as well as measurement and targeting based on exclusive AT&T mobile subscriber data. These tend to be higher CPM campaigns that layer in data or attribute KPIs such as sales lift by merging AT&T data with offline data.

However, a bake-off where every ad links to the same destination (Walmart’s site, in this case) and optimizes to the lowest CPC may favor The Trade Desk, because it sees more total auction impressions and collects more cookies to recognize and retarget audiences.