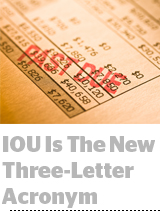 The ad tech industry is pressing Google, Facebook and Amazon to offer more flexible payment terms during the economic uncertainty caused by the coronavirus crisis.

An industry petition on Change.org, whose author prefers to remain anonymous due to business conflicts, asks Facebook, Google and Amazon to offer more flexible payment terms during this crisis. The petition added about 300 signatories on Thursday, as vendors and agencies prepare for SMBs and potentially even major brands to default or delay payments.

Online advertising has a strange system of cascading payments, where brands and agencies often wait months to pay for campaigns that they’ve already served. Publishers typically require payments upfront or in a more timely manner. The result is intermediaries carry immense debt, to bridge that gap in payment terms, and when an ad tech company goes under, publishers risk losing thousands or even millions of dollars in campaigns that served but were never paid for.

But advertiser must-haves like Google, Amazon and Facebook have the leverage to demand advantageous terms. Some YouTube campaigns are paid before the ads are served, which is unheard of elsewhere in video ad tech. Even reliable advertisers with more flexible payment terms might have a month to pay their platform bills.

Compare that to independent ad tech, where 60 or 90-day payment terms are the norm. And during a crisis like now, brands can push that even further, since agencies and vendors need to hold those accounts.

Sizmek’s bankruptcy last year was the first time this issue really took hold. Ad tech vendors were owed millions of dollars and had to choose between clawing back money from publishers or accepting painful losses.

When Sizmek went belly-up, its largest debts were to Index Exchange, PubMatic, OpenX and AppNexus. It owed Google more than $1 million dollars, but significantly less than those other ad tech companies.

Sizmek’s debt to Google was lower, not because the four ad tech companies did more business with Sizmek, but because Google gets paid off first.

“There needs to be a recognition that businesses large and small are going to have cash-flow issues,” said David Smith, former CEO of Mediasmith and CEO of Propinquity, a advertising consultancy, who signed the petition. “Entities with huge cash positions need to make allowance for companies that do not have cash flow right now.”

“The fact that several of the largest corporations and media sellers in the country have non-flexible payment policies for their small customers, when many of their large customers are able to negotiate preferential terms is completely absurd,” said Phil Gillman, a business optimization consultant.

For small businesses that practically pay rent to companies like Google, Facebook and Amazon, those payment terms could be the straw that pushes them to the edge of default, he said.

Google, Facebook and Amazon may have a month-long payment plan with key advertiser clients, but companies have little leverage to force more flexible terms. Those platforms are offering case-by-case leniency, according to executives with knowledge of current account payments, because some advertisers are already defaulting on online ad campaigns (often they’re choosing between that and layoffs or closure).

MeasureMatch, a marketplace for marketing services providers, is cutting its platform fees in half because mar tech companies and agencies are suffering, and they all jointly need the business, said CEO James Sandoval.

“The platforms have an opportunity to make a first move,” he said. “A substantive gesture, to win trust and deepen loyalty with the hands that feed them.”