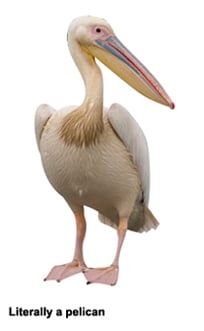 Neustar has a call to action for members of the W3C’s Improving Web Advertising Business Group: Don’t forget about measurement.

In early December, Neustar added a proposal to the Privacy Sandbox with the aim of triggering a conversation about how privacy-safe measurement could be done on Chrome without third-party cookies.

The proposal is named after a bird, of course – PeLICAn, which stands for Private Learning and Interference for Causal Attribution – and it was presented to the group in early December.

The Click Conversion Measurement API, for example, which Chrome started testing in September, follows a last-click attribution model, and Safari is taking a similar approach with its ad click attribution API released in 2019.

“Last click is akin to assigning 100% of sales credit to the guy standing outside the door handing out leaflets to people as they walk in,” Schoen said. “Advertisers need a learning-based approach to understand which aspects of their marketing investment drive impact and they need to account for the concept of incrementality.”

While the ad tech community has contributed Privacy Sandbox proposals, most have focused on creating cookie alternatives that facilitate targeting, which isn’t surprising, Schoen said.

“Given the use of third-party cookies in the programmatic ecosystem, it’s an obvious use case to try and tackle first,” he said. “To some extent it’s a lower-hanging fruit.”

Rather than a proposal for a fully-baked solution to handle measurement without third-party cookies, the initial purpose of PeLICAn is to raise awareness and get people talking about what a privacy-safe multitouch analytics system could look like for Chrome without being able to use identified information.

There’s a lot to consider.

For example, what sort of data can be made available? It’s unclear at this point how aggregated the reporting in Chrome will be. Will advertisers be able to see ad transactions at the device level in aggregate form, or only at the channel level or only by publisher? Will advertisers be able to see the timing and frequency of ad interactions or know how much time elapsed between each interaction until an eventual conversion event?

And then there’s how attribution could be woven into other concepts within the Privacy Sandbox, such as FLoC, or “federated learning of cohorts,” which is a proposal from Google that calls for using on-device machine learning to cluster people based on their common browsing behavior.

“Different subsets of a consumer base are likely to have different propensities to convert – a soccer mom, for example, will probably have a different path to conversion than a millennial man,” Schoen said. “Maybe we can leverage the audience data that’s available via FLoCs in a privacy-safe way and incorporate it into an attribution model.”

The reaction to Neustar’s PeLICAn rallying cry within the Improving Web Advertising Business Group was positive, said Schoen, who noted that members seem ready to engage and collaborate on ideas.

The next step will be to keep the conversation going and come up with a working prototype for cookieless, privacy-safe attribution in Chrome by the middle of next year.

“My understanding is that Google hasn’t really given much in the way of clear signals on the process for how proposals move forward,” Schoen said. “But we’re preparing to make a significant investment in this and allocate a lot of R&D resources during the first part of 2021.”