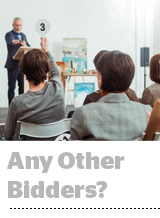 While the increased digital media supply caused by the pandemic has prompted CPMs to plummet – dropping 20% in March, according to ad analytics company Adomik – programmatic auctions are still healthy.

Certainly bidding in March declined overall, said Francois de Laigue, Adomik’s VP of sales and strategic partnerships. The average dropped from 2.5 to 1.9 competitive bids per impression, while many top publishers, accustomed to 10-12 bids per impression, saw half the number of active participants.

But win rate is a better barometer of programmatic health than CPMs, which relate more to ad format, said Centro director of RTB platform operations Ian Trider. An SSP or DSP that pivoted from display to CTV would see a surge in CPMs, but it wouldn’t necessarily be a sign of advertiser activity.

“Looking at the win rate, what that says to me is that now is an extremely efficient time to buy,” Trider said.

For buying platforms, it’s a real case of haves versus have-nots. Those that use a lot of data to target prized audiences and cookie pools are still bidding at relatively strong rates, de Laigue said. While most DSPs had double-digit declines in their win rate during March, Adobe, MediaMath and Beeswax saw their win rates increase by 89%, 49% and 50%, respectively.

That use of data to find high-value targets also keeps CPMs from plummeting further, at least for the DSPs.

So for advertisers, now is really the time to get great return on ad spend (ROAS).

Currently, fewer advertisers are placing bids while publishers are seeing big increases in unique users, a dynamic that has reduced by 20% to 50% the cost for reach per unique user, said Madan Bharadwaj, co-founder and CTO of the marketing measurement company Measured.

“Even in cases where ecommerce conversions are down, the drop in CPMs and competition right now means the ROAS is still healthy,” he said.

Some brands are spending aggressively right now because they see how advantageous the market is for buyers, Bharadwaj said.

Barry Adams, GM at BidSwitch, echoes this observation. Many advertisers halted campaigns at the end of the fiscal quarter in March, but a surprising number resumed spending in April because they saw a drop in sales without digital ads and they want to take advantage of the relatively cheap media, he said.

But it’s hard to tell how long these situations are sustainable.

The DSPs using data to keep their CPMs up may find it harder to identify high-value targets, Adomik’s de Laigue said, as cookie pools dry up and if large advertisers pull back on spend more than they have.