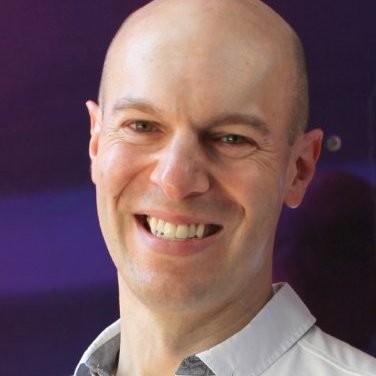 AdExchanger has learned that the IAB Tech Lab’s CEO Dennis Buchheim is resigning.

He assumed the CEO role in February, and his last day will be on May 21. But it sounds as if Buchheim, at least, may remain close to the debate.

Although the exact nature of that what he’ll be doing is not yet clear, a blog post announcing his departure notes that his next move is “an opportunity to collaborate with the industry from a different, and important, perspective.”

Before Buchheim’s four-month stint as chief exec, he held a variety of key positions at the Tech Lab since joining in 2017, including president, executive VP and general manager and senior VP and general manager. Before that, he served as SVP of data and ad effectiveness and GM of the IAB’s Data Center of Excellence.

Shailley Singh, the IAB Tech Lab’s SVP of global products and programs, will serve as the interim general manager.

Buchheim is the second top executive to exit the IAB Tech Lab in less than two months.

Jordan Mitchell left the industry org in April after three years there, most recently as SVP and head of consumer privacy, identity and data.

Speaking with AdExchanger, a former IAB Tech Lab colleague referred to Mitchell’s departure as a “retirement.” But it seems like Mitchell is planning his next move.

As Mitchell notes on his LinkedIn profile in reference to his current status: “HTTP 503: Service unavailable. Restoration estimated 1 Nov 2021.”

The departure of two of the IAB Tech Lab’s senior leaders during a year of such import for the data-driven advertising and ad tech industry is noteworthy and perhaps a little troubling.

Both Buchheim and Mitchell were key spokespeople for the industry’s efforts to develop alternative and workable solutions in advance of Google’s plan to disable third-party cookies in Chrome.

One such effort is Project Rearc, an industry initiative that kicked off last year under the auspices of the IAB Tech Lab to develop a framework that enables online targeting without having to rely on third-party cookies. One of Rearc’s main goals is to create standards for first-party identifiers, including the use of hashed email addresses. The Trade Desk, for example, built its Unified ID 2.0 effort based on the Rearc principles.

But the sailing hasn’t been smooth.

It’s the IAB Tech Lab’s job to get competing industry stakeholders with very different incentives to collaborate in a productive way. It’s not an easy task.

When the IAB first unveiled Project Rearc at its annual leadership meeting in February of last year, there was an immediate backlash based on the assumption that the IAB’s plan was to develop and endorse a single identity solution that it would then unleash on the world. (In reality, Rearc is a set of principles and standards that companies can use to develop privacy-focused identity solutions of their own.)

The past year has been a mad dash to explain and propagate these standards on an accelerated timeline as Google’s 2022 deadline approaches.

The question is, why don’t multiple of the IAB Tech Lab’s long-standing stalwarts want to be there when it arrives?