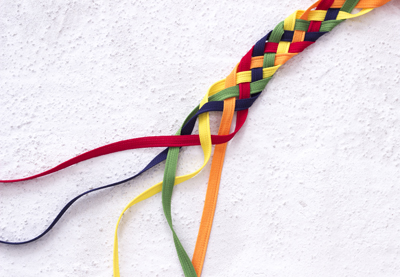 App monetization platform AppLovin has all the first-party data it needs, according to CEO Adam Foroughi.

Machine learning does the rest.

Roughly a year ago, AppLovin launched a proprietary machine learning recommendation engine called Axon that uses predictive algorithms to target apps to the users most likely to download them.

“The games business may grow, it may not grow – it doesn’t matter, because it’s scaled enough where it’s fueling the massive growth in the software business,” Foroughi told investors on Wednesday during the company’s Q4 earnings call, its third since going public in April of last year.

AppLovin gathers first-party data from its gaming app portfolio, which includes its own homegrown apps and acquired IP from the likes of Machine Zone and Belka Games.

“We’re not a games company,” he said. “We’re a software company helping our partners grow.”

AppLovin’s suite of software tools for developers include AppDiscovery, MAX and Compass.

AppLovin is in the process of fully integrating MAX and MoPub, which AppLovin bought from Twitter in October for around $1 billion. Since the acquisition, the number of apps monetizing with MAX is up by more than 60% and more than 90% of “the largest publishers” using MoPub are migrating to AppLovin’s unified offering, Foroughi said.

MoPub is a conduit to new demand sources – including new non-gaming demand – through DSPs and bidders that previously didn’t have direct access to MAX publishers, he said. ​The combined platform – MoPub and MAX together – is more than twice as large as MoPub was alone.

Although, as recently as a couple of years ago, no one was doing in-app bidding, Foroughi said, today, roughly half of the transactions on MAX take place programmatically, with the expectation that the vast majority will be through real-time bidding by the end of the year.

“The ad ecosystem should be traded in real time,” Foroughi said. “It’s no different than a stock trading floor.”

But there’s going to be upheaval for MoPub’s supply partners in the short term. AppLovin’s plan is to shut down MoPub by the end of the first quarter, which is a fairly brief migration period for many publishers.

In its investor letter, AppLovin acknowledges that “migrating to a new mediation solution is a rare event” and that it can be complex, time consuming and have a financial impact on publishers.

Which is why AppLovin says it expects to pay around $200 million total in one-time migration fees to publishers in order to help cover the cost of migrating to MAX.

Historically, in the mediation space, there’s very little volatility, and once people are on a platform, they stay there. Mediation platforms are sticky, said Herald Chen, AppLovin’s CFO.

But with MoPub to be shut down shortly, “a lot of publishers needed to move quickly,” Chen said. “They potentially can lose revenue given the speed with which they need to migrate.”

AppLovin’s overall revenue for the fourth quarter was up 56% year-over-year to $793 million, while software platform revenue grew 208% over the same period to $247 million.

Even so, AppLovin’s stock dipped during after-hours trading because its revenue forecast for 2022, which the company expects to fall between $3.55 billion and $3.85 billion, came in a little below market expectations.