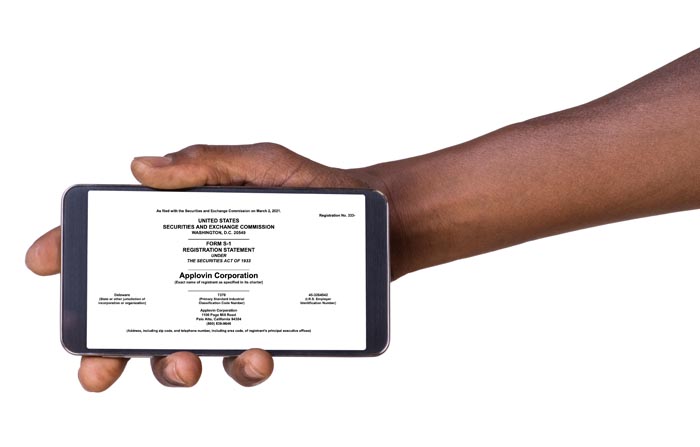 App marketing platform AppLovin filed for its IPO on Tuesday after the market closed, and it wins for best ticker symbol ever: APP.

AppLovin is taking advantage of a public market boom for advertising-related technology companies, but AppLovin was actually quite hot before the froth started frothing.

The company was last valued at $2 billion in 2018, when private equity firm KKR bought a $400 million minority stake. In the intervening three years, AppLovin has invested more than $1 billion across 15 strategic acquisitions and partnerships, according to its S-1.

AppLovin’s most recent acquisition was a nearly $1 billion deal for mobile attribution provider Adjust in February. But its flashiest acquisition was arguably the gaming giant Machine Zone in May of last year.

In its S-1, AppLovin estimates that since joining its portfolio, the apps it acquired in 2018 and 2019 have increased their quarterly revenue by more than 100% on average.

AppLovin started out as a mobile ad network in 2012 and quickly became one of the most profitable. According to AppsFlyer’s latest performance index, AppLovin is one of the best-performing mobile ad platforms that isn’t named Facebook or Google.

But there’s a specter on the horizon: Apple’s AppTrackingTransparency framework, which is set to take effect in the coming weeks and will require that developers obtain an opt-in before using the IDFA for certain types of cross-app and site tracking.

AppLovin’s S-1 calls out the IDFA challenge, noting that AppLovin does rely on Apple’s proprietary ad ID, at least in part, to help its software better market and monetize apps.

“To the extent we are unable to utilize IDFA or a similar offering, our software may not be as effective, and we may not be able to continue to efficiently generate revenue for our apps,” AppLovin states in its S-1.

You and everyone else, AppLovin.