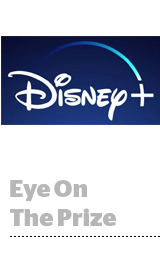 You haven’t seen any marketing for Disney+ yet, but you’re about to.

Disney is on the verge of a marketing blitz for its direct-to-consumer streaming service. The campaign will kick off in late August and run across traditional, digital and Disney owned-and-operated channels leading up to the service’s planned launch date on Nov. 12.

It’s also going to offer a bundle with ESPN+, ad-supported Hulu and Disney+ for $12.99 a month in the United States, which is a pretty damned good deal, Bob Iger said Tuesday on the company’s third quarter earnings call.

Disney clearly settled on that price with malice aforethought. It falls smack-dab in between what Netflix charges for its most basic monthly plan ($8.99) and its most premium offering ($15.99).

But it’s going to take a while before Disney makes any money from its lofty DTC vision.

There were several factors responsible for the miss.

One is Disney’s ongoing investment in Disney+ and ESPN+, which ended the third quarter with 2.4 million subscribers. The company’s DTC and international segment posted a $553 million operating loss, up from $168 million last year.

Disney is also absorbing the full consolidation of Hulu and higher operating costs related to its acquisition of 21st Century Fox, which closed in March.

Eventually, though, Disney’s DTC portfolio will be the beneficiary of all the content that’s coming on board with these deals, in addition to Disney’s own IP and the original programming Disney will produce for Hulu.

“Our focus is on integrating the 21st Century Fox assets and leveraging them along with Disney’s businesses to move quickly into the DTC space,” Iger said. “Nothing is more important to us than getting this right.”

But don’t expect as much content on offer as other streaming services. That’s not what Disney is going for, Iger said.

“Obviously, if you compare us to Netflix, we’re going to have less products than they do,” Iger said. “But we’re relying on the strength of our brands and fervor that the fans of those brands have for the products that we make under those brand umbrellas.”

Although streaming is Disney’s obsession right now, good old traditional TV advertising is still chugging along and generated some decent results for the House of Mouse this quarter.

ESPN’s domestic linear ad revenue was up 13%, thanks in part to more NBA playoff games this year than last year. Operating income declined 17%, however, to $307 million due to decreases in ABC Studios program sales and network advertising revenue.