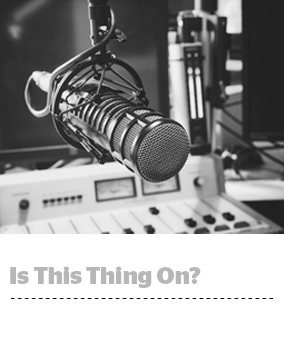 The podcast industry has been on a crazy ride for the past month and a half.

As people spend more time at home, listeners are still gravitating toward their favorite programs, but they’re engaging at different times of day and through home devices such as smart speakers.

In the initial days of the pandemic, podcast listenership fell. Beginning the week of March 9, podcast downloads declined every week until the end of the month, and were down 4% at their lowest point, according to measurement provider Podtrac. Downloads began to level off during the second week of April and are now flat.

“We had a couple weeks of pretty bumpy numbers and strong effects on listenership,” said Hilary Ross, VP of podcast at agency Veritone One. “But it seems like things are becoming more stable.”

What’s changed, however, are the listening patterns that podcast companies could once predict like clockwork.

Pre-pandemic, 52% of podcast listeners did so while driving, and 46% did so while walking, according to Edison Research’s 2019 Infinite Dial.

The lockdown, however, has caused podcast listening to flatten. There’s not a lot of historical data, since the pandemic is still in its early days (though it doesn’t feel that way). But during the second week of April, Podtrac noticed weekday morning downloads down 29% month over month. Downloads increased, however, 9% during peak hours on Saturday, April 18, and 20% on Sunday, April 19, compared to previous weeks.

“In the past we would see a 40% drop in listenership over the weekend, and that’s gone,” said Alexis van de Wyer, CEO of audio ad tech platform AdsWizz. “It’s not necessarily that we lost the listenership, it’s just spread across the day.”

People are also gravitating toward different genres during the lockdown. News podcasts surged by different amounts, depending on who you asked. Podtrac found news podcast audiences increased 14% between the third and last week of March. Megaphone and AdsWizz both saw news listenership increase 30% in March.

Without live sports, podcasts devoted to the subject have seen a drop in listeners. AdsWizz saw a 12% dip in sports podcast downloads in late March – though that might be changing.

Some sports podcasters have started airing classic games, or refocusing their content around the pandemic. The result, according to Podtrac, is that sports podcast listenership was up 8% last week.

“Podcasters are adopting to the new reality,” said Oskar Serrander, chief operating officer at podcast network Acast. “The biggest ones have reprogrammed their content to better fit this situation.”

People are also listening on different devices. While 90% of people reported listening to podcasts at home in 2019, according to Edison research, AdsWizz has seen listenership on smart speakers double and even triple for some publishers on its network, van de Wyer said.

New advertisers and shifts in messaging

These changes – and the societal changes caused by the pandemic – mean some traditional podcast advertisers have pulled spend, while others are rushing in to fill the void.

At Veritone One, brands selling products that suit the at-home lifestyle, such as home security, mental health services or loungewear, are “doubling down” on their investments, Ross said.

Brands with relevant products – for example, VPN connections or online learning tools – are also using podcasts to get the word out about short-term promotions and special offers for essential workers.

Others, including auto, travel and events, have gone completely dark or are shifting spend to later in the year, said Veritone One’s Ross. Both AdsWizz and Megaphone have had cancellations on their networks as brands prepare for a rough Q2.

But some brands are starting to eke their way back in – with a shift in messaging to fit the new reality. Two large oil brands, for example, sent RFPs to Megaphone after pulling their original March campaign. Financial services brands are also returning after initial cancellations with PSA-style messaging, said Megaphone CRO Matt Turck.

Despite a change in the advertiser mix, podcast ad spend is holding steady. Megaphone closed more business in March than it lost and is continuing to receive RFPs. Acast also has seen business maintain net positive. And Veritone One has seen brands that have been in the space for a while make a concerted effort to keep their spend up, while others shift budget out of traditional media such as out of home into the medium.

“We’re definitely coming out of the worst knee-jerk reaction of cancellations,” Serrander said.

An eye on brand safety

As in digital publishing, brand safety concerns are prominent – with some advertisers concerned about running against shows focused on the health crisis.

“Some brands want to avoid being on coronavirus-oriented podcasts,” Ross said. “Others want to be mindful of it without avoiding it entirely.”

AdsWizz saw an increase in coronavirus keyboard blocking on its network, with brands wanting to be at least 15 to 30 minutes away from mentions of the health crisis within specific shows, van de Wyer said. Megaphone is fielding advertiser concerns around being close to messages about death or illness.

But avoiding the topic completely is impossible, as it touches on all aspects of life, from society and culture, to at-home fitness, to cooking and working remotely.

“If you were avoiding it entirely, there would not be a place to run on air right now,” Ross said.

Since keyword-level blocking on podcasts is nascent, advertisers avoiding news or coronavirus content are staying away from those shows entirely. “If you buy an endorsement on a show, you buy the show,” Ross said.

The podcast advertising industry was hoping to surpass $1 billion in spend this year. By all accounts, that looks unlikely, but the industry is young and well positioned to capture dollars shifting out of legacy media.

“It doesn’t take a lot of dollars to shift the podcast business,” Turck said.

Bye to the little guy?

Indie podcasters are flocking to the space more than ever. Just this week, Apple surpassed 1 million podcasts available on its app. But when it comes to advertising, the coronavirus could further the divide between the haves and the have nots, as brands lean into shows and hosts represented by big networks.

Podcasting is easy to do at home, and loyal audiences will stick with their favorite shows. But indie producers may have to consolidate their sales resources to get attention from advertisers.

“I don’t think anything will change from a listener perspective,” Ross said. “We might see shifts from a sales perspective.”