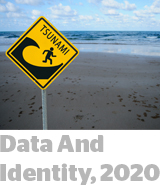 The Trade Desk is making its first bid for ubiquity for the Unified ID 2.0.

Through a partnership with LiveRamp, announced on Tuesday, publishers will be able to access Unified ID 2.0, which is being built by The Trade Desk, through LiveRamp’s Authenticated Traffic Solution (ATS), and buyers will be able to transact using LiveRamp’s proprietary IdentityLink ID across multiple environments, including display, in-app and connected TV.

The partnership won’t go live until at least mid-December, though.

The Trade Desk is currently beta testing Unified ID 2.0 with several publishers and partners, with plans to add more participants by the end of the year and to go GA in the first half of 2021, said Trade Desk EVP Michelle Hulst.

The Trade Desk is still at work developing the next generation of the Unified ID which will work sans third-party cookies and is based on principles hammered out through the IAB Tech Lab’s Project Rearc.

“For publishers, the more IDs they have on their inventory, the better, especially privacy-first IDs,” said Travis Clinger, SVP of addressability and ecosystem at LiveRamp.

ATS is LiveRamp’s product for helping publishers match consented user data with a LiveRamp ID through first-party logins rather than third-party identifiers.

Unified ID 2.0 is an open source solution for the web that will eventually rely on encrypted email addresses to create a framework that gives people the ability to consent to data sharing.

A people-based ID should also help advertisers with frequency capping, audience suppression, buying cookieless inventory and ID matching for first-, second- and third-party data, which can all be done through IdentityLink, Clinger said.

There’s still an open question, though, as to whether email identifiers collected with all the necessary consents can actually achieve scale, and whether moves being made by the browser makers and platform companies will stymie email-focused industry efforts.

But one reason The Trade Desk is focused on email as part of its solutions, is because it gives consumers, publishers and advertisers “a level of independence from any decisions the browsers make,” Hulst said.

And Clinger is quick to make the distinction between using email as an identifier, which would mean hashing it, and what LiveRamp does, which is encrypting the email, mapping it to LiveRamp’s ID graph and then deleting it.

In a sense, LiveRamp is “leveraging the learnings of the walled gardens,” Clinger said.

“They’ve done a great job of creating a consumer value exchange for identity and we’re following in their footsteps,” he said. “The relationship between publishers and consumers should not be controlled by the browsers.”

LiveRamp now has 215 global publishers using its solution, including 65% of the top 20 Comscore publishers, spread across the United States, United Kingdom, France, Italy, Germany, Japan and Australia. The partnership with The Trade Desk will roll out globally in all of these regions.