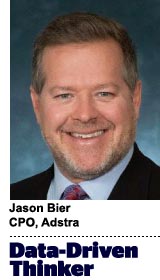 Big Tech has long exercised its market power to change the status quo in their favor. For example, we’ve seen walled gardens evoke privacy as a reason to clamp down on third-party data.

But there’s a reason tech giants are behaving this way: The specter of real antitrust action and meaningful federal privacy legislation for the US.

Legislation like GDPR and the CCPA have had a major effect on the way marketers approach data. These regulations accompanied landmark anti-competition lawsuits on both sides of the pond. So far, they’ve done little to hinder Google, Facebook or Apple. On the contrary, their power has only increased. Privacy has provided them with an ideal cover for further centralization of data.

This trend won’t last much longer, however. Privacy and antitrust will finally catch up to the giants this year. The hammer is coming down, and the result will be positive for the industry and for society writ large.

Back in 2020, not long after the DOJ filed its first major antitrust suit against Google, I predicted the coming crackdown would make it legally too risky for Google to proceed with its plans to block third-party cookies in Chrome. Things have only gotten more severe for Google. Regulators have widened their focus to include Google’s move against the cookie, zeroing in on the FLoCs and Privacy Sandbox that directly impact advertisers.

Regulators are also wising up to the idea that Google is using privacy to take control of all identifiers and cut off third-party participants. These practices are also under heavy scrutiny in the United Kingdom, which does not appear headed for the usual settlement from Google. In fact, the European Union has launched an antitrust action against Google, following the settlement of a similar case in France.

Google can’t outrun this antitrust pressure. They’ve already run out of options for appeals in several geographies. They know they’re going to lose. The outcome? Google simply won’t be able to do away with third-party cookies.

In addition to local regulations, we may finally see federal privacy legislation in 2022. With enough demand from the business sector, Congress will succeed in preempting the fragmented patchwork of different state laws. The internet is a global worldwide infrastructure. Advertising qualifies as interstate commerce and falls therefore within the purview of a federal regime. It’s inevitable that Google and Big Tech companies will unleash the full strength of their lobbying operations to shape this federal standard in their favor.

And who knows – they might succeed here as they have elsewhere. The UK’s Competition and Market Authority’s recent approval for Google to move forward with Privacy Sandbox demonstrates how big government and big tech can collude to impose an agenda … even if it’s one that restricts a vibrant publisher community, compromises free speech and strengthens Google’s monopoly across the world.

A renaissance for indie publishers

But despite their efforts, I believe the weight of pressure on Google is simply too great to withstand. In this industry, where Google and Apple have heretofore written the rules, federal privacy legislation and antitrust laws will affect a meaningful power shift.

The impact on the industry would be era-defining.