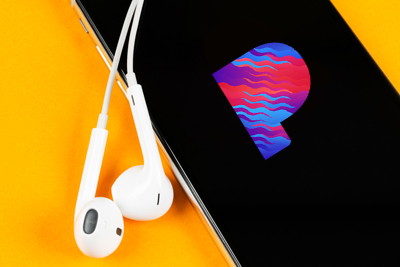 Ad viewability is now table stakes, but audibility measurement is still in its very earliest stages.

It’s been two years since the Media Rating Council released its standard for digital audio measurement – defined as two continuous seconds of play in a fraud-free environment and with the volume on – and there still aren’t any offerings on the market for measuring audible impressions.

Pandora is looking to change that.

On Monday, after a monthlong closed beta test in September of the MRC’s audibility standard with a small handful of advertisers, including Kimberly-Clark, Pandora moved into the next phase of testing with an expanded beta involving more advertisers across 50 campaigns.

Pandora is partnering with Oracle Data Cloud’s Moat on the tests.

The plan, said Claire Fanning, VP of ad innovation strategy at Pandora, is for the music service to be able to fully support the MRC’s audibility standard by 2021.

“Today, at least technically, there is no way to do audibility tracking,” Fanning said. “And that is the first thing we need to accomplish: to have parity with a viewability standard and allow advertisers to track the audible impressions in their buy against the standard.”

Pandora also hopes to gather information about audibility trends on its platform, including whether its average audibility is higher than the two-second baseline set by the MRC.

“We want to see exactly what advertisers value,” Fanning said. “And we’re trying to get ahead of the curve because, historically, audio tends to lag and the space has a ton of catch up to do compared with our visual counterparts.”

Audio should be held to the same standards of accountability and transparency as other formats, she said, with the same rigor applied that’s expected elsewhere, especially in light of device ubiquity and the growing availability of audio content, including podcasts.

“Advertisers are starting to ask the same questions of audio as they ask about other digital environments,” Fanning said.

But, as with viewability, audibility is only a starting point. It doesn’t say anything about effectiveness, for example, or the optimal duration to drive favorability or a downstream action.

Just because an ad had the opportunity to be heard doesn’t mean that it was compelling or achieved the advertiser’s KPI.

These are among the open questions Pandora plans to tackle as it continues its audibility research into next year.

But Pandora has already done a little digging into the viability of the MRC’s two-second standard. In 2018, after the standard was finalized, Pandora worked with a professor of neuroscience at UC San Francisco to determine whether two seconds was enough time for listeners to actually register the content they were hearing. Pandora discovered that even just saying a brand’s name (a fictitious brand for the purposes of this test) over the course of two seconds is enough to generate basic recall.

The new expanded beta will get Pandora closer to applying audibility in the wild.

“The idea is to not only uphold the MRC’s two-second standard, but to also think about what other standards we should be setting, like ad length, and are these things that advertisers can transact on?” Fanning said. “We don’t know what the right answers are going to be yet, but we have a lot of hypotheses.”