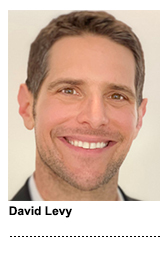 Subscribe to AdExchanger Talks on iTunes, Google Play, Spotify or wherever you listen to podcasts.

OpenAP was founded four years ago by a group of TV networks that wanted to bring advanced advertising principles to traditional TV.

The original idea was to join forces to improve the consumer ad experience – aligning on things like shorter ads and interactive formats – but the group later pivoted to another opportunity, OpenAP CEO David Levy recalls in this week’s episode of AdExchanger Talks.

He said the original stakeholders – NBCUniversal, Fox and ViacomCBS – realized early on that if they could standardize the audience matching process and use the exact same segments to build their campaigns, they would realize a huge cost and time savings. Additionally, agencies would be able to know their deduplicated reach across publishers.

“How can you make buying an advanced audience across television just as easy as it is to buy an 18-49 segment today? Previous to OpenAP, that was difficult,” Levy said.

Back then, it took 3 to 4 weeks just to onboard an audience, a process that had to be repeated separately with each network. Now that work can be centralized for audience campaigns that run across every national network (though buys are still executed directly between agencies and networks).

“That means any agency can create that audience once and share that exact same consistent segment across linear or digital with any national network that they want to, instantaneously,” Levy said.

Next up, OpenAP wants to offer omnichannel campaign measurement as well as media planning tools that expose audience segments across network partners that buyers can use to build campaigns.

The measurement piece is relatively easy because it’s confined to a specific campaign. Enabling centralized planning will be harder, as it requires each network partner to expose audience data linked to content.

“With inventory across all these different consumer environments, where is the audience? Buyers are pretty limited in being able to understand where their auto-intender audience is watching content,” according to Levy. “That’s going to take a lot more coordination with all the publishers. We need to have a better understanding of all of their streaming content.”