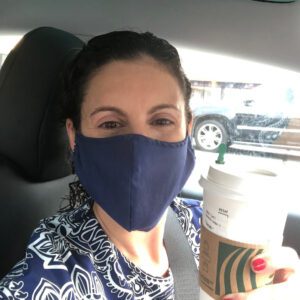 Sarah Hofstetter is a board member at Campbell Soup Company and president at ecommerce analytics company Profitero. She will appear next month at AdExchanger’s Programmatic IO conference, in conversation with Elizabeth Bennett, VP of global ecommerce at Kraft Heinz. Register to hear their session, along with more than 40 others, at Programmatic.io.

CPGs and food marketers are sizing up the ecommerce channel with renewed urgency.

“Ecommerce has been a hot potato for brands for quite some time. People knew it was important, but especially in grocery it was a smaller percentage of overall revenue,” Hofstetter says on this week’s episode of AdExchanger Talks.

Now all that’s changed. In addition to a revenue line item, ecommerce has become a marketing channel for product discovery, SEO and paid media. Add the technology accelerant of COVID, and suddenly the heads of ecommerce at packaged food brands – previously several rungs down the corporate ladder – are frequently being summoned to C-suite meetings to explain ecommerce technology and customer behavior.

The biggest challenge with online grocery isn’t necessarily the technology – it’s dealing with new competitors, according to Hofstetter.

“You’re not just competing for market share and sales with your usual suspects. You really are getting long tail,” she says. “It’s a much more democratized level on which to be discoverable, whether that’s through retail media or paid search or smart optimization … The SEO of ecom can allow smaller players to be bigger players.”