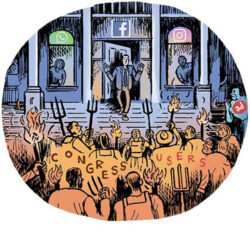 OpenPath … To Cutting Out SSPs

A new product called OpenPath apparently allows advertisers to directly connect to a handful of enterprise publishers, effectively cutting out Google Open Bidding (and everyone else) in the process.

The idea of DSPs going direct to publishers has been rumored for years – rumors that were adamantly denied by DSPs, including The Trade Desk. (Yup, we’ve asked them before.)

Many publishers have participated in tests with DSPs over the years that were later abandoned for reasons like a lack of scale. Integrating directly with publishers also created a dicey business problem for DSPs, which would ostensibly be disintermediating the SSP partners they need to access the long tail of publishers.

It also meant DSPs would be signing up for billing and ad quality troubleshooting with publishers, an unsavory task to say the least.

But The Trade Desk appears to be taking the plunge, with the caveat that it “remains committed to serving only advertisers” in its press release. Huh. We’ll see if the SSPs buy that one.

Is Walgreens looking to build a walled garden of its own?

The Walgreens Advertising Group is launching self-serve and clean room solutions so advertisers can target campaigns based on Walgreens first-party data. Read the release here.

Campaigns can be run through an advertiser’s preferred DSP. The self-serve solution will offer integration with The Trade Desk and OpenX at launch, with plans to add connections to other ad tech platforms in the future.

Because of the nature of their business, pharmacy and healthcare retailers like Walgreens are better positioned than most to gather detailed data on their opted-in users. The myWalgreens membership program, for instance, boasts 95 million subscribers. Based on its first-party data set, the Walgreens Advertising Group promises advertisers access to 70 key audience categories in addition to “advanced customer targets.”

But Walgreens wants to distance itself from the walled garden comparisons. “We don’t want (or need) more walled gardens,” Luke Kigel, VP of Walgreens Media and head of Walgreens Advertising Group, told Adweek in a recent interview. “We’re partnering with Epsilon and other key players in the space to give brands access to use our audiences in the regular flow of their media operations,” Kigel said, “with their hands on the keyboards.”

On Tuesday, Meta agreed to pay $90 million to settle a lawsuit against Facebook for tracking the web activity of users even after they’d logged out of the social media platform, Reuters reports.

But this week’s suit is actually a decade old.

Meta was accused of storing cookies on the web browsers of users who visited sites with Facebook’s “Like” button between April 2010 and September 2011.

Accordingly, it was charged with violating state and federal wiretapping laws.

Meta’s not out of the woods after it forks over the agreed-upon $90 million, though. The settlement also requires Meta to delete all the data it illegally collected.

But, in many ways, that ship has already sailed. That data was no doubt already used for targeting campaigns on behalf of Facebook advertisers.

The case was actually dismissed in 2017, but a federal appeals court revived it again in 2020 on the grounds that Facebook had profited from a privacy violation.

Going with the flow: Sharethrough rolled out QR codes for CTV campaigns on Tuesday. [release]

Publishers aren’t banking too hard on the metaverse. Or NFTs. [Digiday]

Product placement is on an upward trend. [Marketing Brew]

Chicken Soup for the Soul strikes content deals with Kin and Reel One Entertainment and promises originals ahead of AVOD service launch. [Deadline]

Reddit strikes its first independent agency partnership with Tinuiti as part of a broader advertising push ahead of an IPO. [Ad Age]

Frequence CEO on why the cookieless future is brighter than marketers may think. [Forbes]